When you have diabetes you’re told to lose weight.

They make it sound easy “Just eat less and move more” right? We all know it’s not that simple, or is it?

What if I told you that you there’s something really simple you can do to get healthier?

No gym memberships or lycra involved. You can do it at home right now!

It all starts with a simple change.

There’s a device in your home that is sapping your energy and you’re probably using it right now.

There’s been 18 studies that showed that people who sat for more than four hours a day watching Television had a 46% increase in death from any cause.

Don’t let your comfy sofa fool you - we weren’t designed for staying still.

Our ancestors would’ve been constantly on the move. Around the fire they sit in a crouch, no chairs in sight. We were made to move.

Sitting slows down your metabolism - not what you want when you are fighting type 2 diabetes.

But it’s not all about weight - there’s just one thing you need to do to ½ your risk of heart disease.

You know the people I’m talking about, they eat what they want but don’t put on weight.

No - their metabolism isn’t faster. Science gives us the answer. What research has found is that they naturally move more.

Healthy weight people increase their movement to compensate for the additional calories that they have eaten.

I mean that they fidget more - they’ll tap their feet, move their hands and make more small movements - even when sitting down. These small movements add up and are the difference between maintaining their weight or gaining a pound or two.

How to do it

I’m talking about standing up while you talk on the phone, doing as much as you can around the house standing not sitting.

Fidget as much as you can. You can help your metabolism by fidgeting when you are sitting down.

I know fidgeting doesn’t sound like it would make a big difference - but the extra movement really adds up.

This type of movement is called NEAT - it stands for Non Exercise Activity Thermogenesis. It’s the calories you burn doing your daily activities.

The more you do the better for your body. We know how important exercise is when you are trying to drop your sugars.

This counts as exercise - your body responds the same way - it increases the body’s sensitivity to insulin.

The more sensitive the body is to insulin the better the blood sugar control and weight.

It doesn’t matter what your fitness level is - anyone can fidget more. 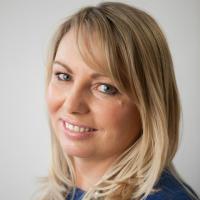 Username:
MaryFreeFromType2
Gender:
female
Diabetes Type:
I do not have diabetes
Country:
United Kingdom
Email:
mary@freefromtype2.com
About Me:
Mary has worked with type 2 diabetics for over 20 years. She is determined to turn the type 2 tide by giving people the information at www.freefromtype2.com that they really need to make the best choices for them. Mary knows that a diet sheet and a prescription isn't the answer. Mary is on a mission to eradicate complications for type 2 diabetics.