Hormones at Any Age

My hormones being out of whack when I was young should have been my first clue that I'd develop type 2 diabetes later in life. Unfortunately, 40 years ago, the connections between polycystic ovary syndrome (PCOS) and insulin resistance hadn't yet been made.

I had my first period when I was 10 - every overweight fifth grade girl's dream. A few years later my cycle was exceptionally irregular, but no one knew why. Doctors chalked it up to being a teenager. You know, those raging hormones.

In my 20's, I found a gynecologist who realized my irregular periods and unwanted facial hair were symptoms of the same thing: PCOS. He put me on birth control pills and spironolactone (a diuretic) and told me I didn't need to worry about anything until I wanted to get pregnant.

My type 2 diagnosis came in my 30's while I was living in Boston. Soon afterward, I found out that one of the world's leading PCOS researchers had a practice there. I scheduled an appointment and learned about the link between insulin resistance and PCOS. Too much insulin circulating in the bloodstream leads to excessive testosterone production. Result: irregular cycles and facial hair.

If only the doctor who initially diagnosed my PCOS had known about the connection. How great would it have been to treat the cause and not just the symptoms?

When I went off birth control pills, my cycles became unpredictable again. I never had a period unless I forced one by taking Provera (medroxyprogesterone). About five years after my type 2 diagnosis, I started metformin. Miraculously and almost immediately, my cycles normalized. Every 28 days, I had a period.

So, around the time most women enter perimenopause, I was more regular than I'd ever been in my life - every busy 45-year-old woman's dream.

I'm 55 now and if I hadn't had a hysterectomy a few years ago, I think I'd still be having regular periods. I kept my ovaries because I wanted to have as natural a menopause as possible. I still feel slightly irritable at the same time every month so I know my ovaries are still working. The last time my hormone levels were checked, my doctor said he couldn't believe they were from a woman my age. Thanks?

I can't wait to see what menopause brings. 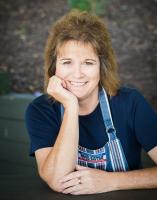