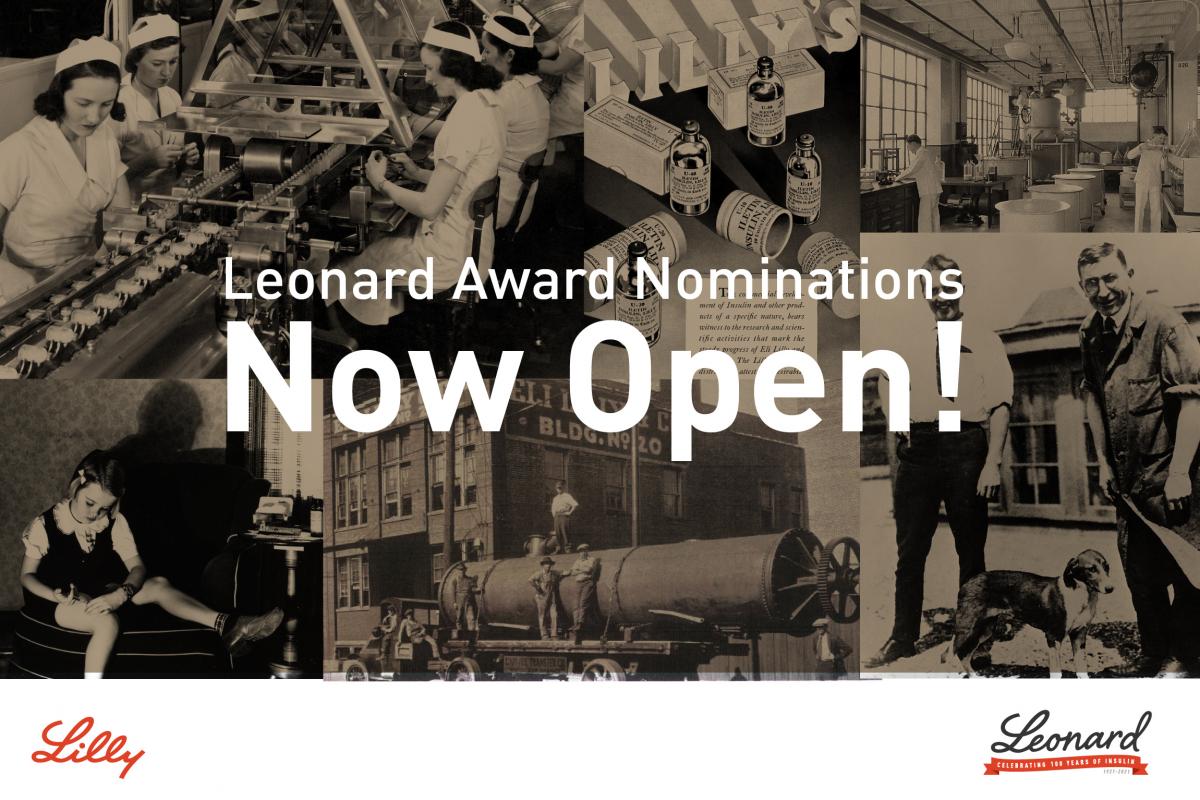 In honor of the 100th anniversary of the discovery of insulin, Lilly launched the Leonard Award to recognize diverse champions around the world dedicated to advancing diabetes management through innovative thinking and novel approaches. One winner will be selected in each of the five categories:

In recognition of each winning individual, $20,000 (for a total of $100,000) will be given to Life for a Child to help expand access to care for youth with diabetes around the world.

“Through the Leonard Award, Lilly looks to commemorate the centennial anniversary of insulin by recognizing those working to make a positive impact in the diabetes community,” said Leonard Glass, M.D., F.A.C.E., vice president of Medical Affairs, Lilly. “There’s been great progress made in diabetes management and care in the last 100 years, and we’re excited to honor those working toward an even better future.”

Inspired by Leonard Thompson, the first person with diabetes to be treated with insulin, the Leonard Award celebrates individuals making a difference though an original project, innovation or effort – beyond therapy – that addresses either an important need or challenge in diabetes management or aims to support the community. Submissions will be assessed by a judge’s panel comprised of esteemed members of the diabetes field.

Leonard Award nominations are open now until August 31, 2021. To learn more about the Award and to submit a nomination, visit Lilly’s 100 Years of Insulin webpage.