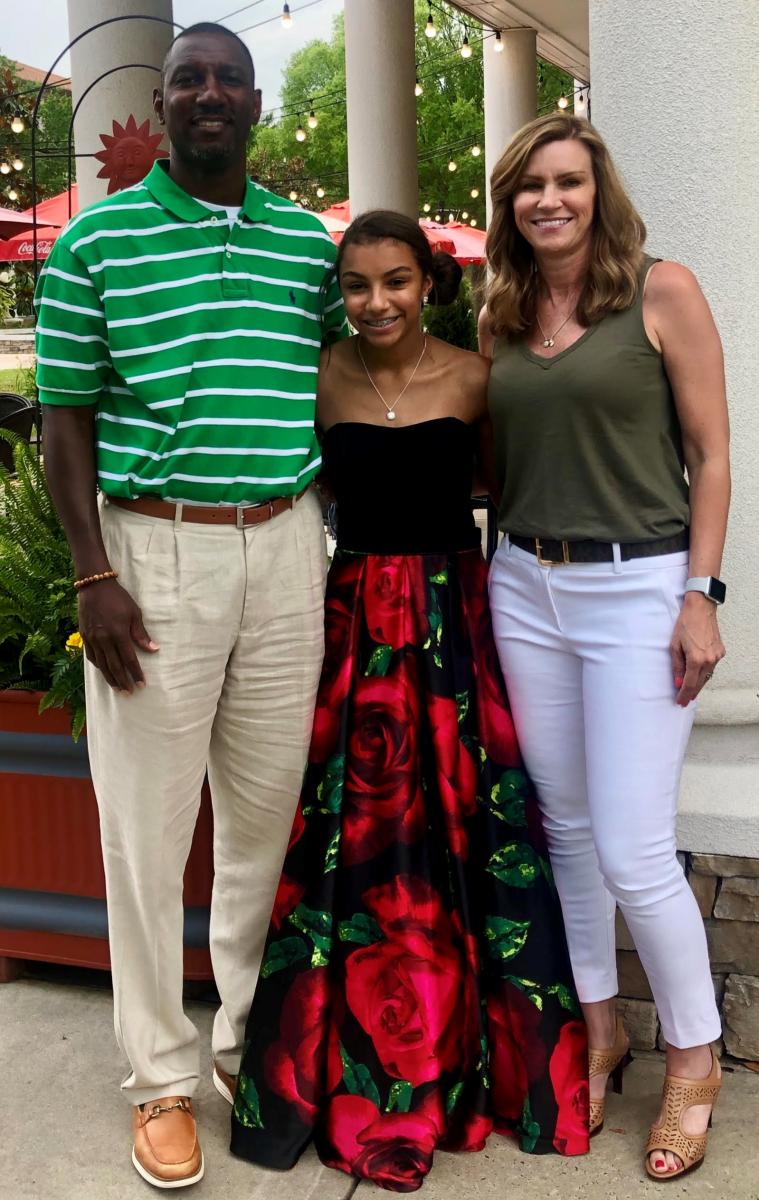 In 2008, Brandy Barnes founded DiabetesSisters, creating a much-needed space for women with diabetes to learn from one another and share their stories without fear of judgment and isolation. Since then, the organization has reached women nationally and internationally online and in-person, sharing valuable information from experts in the field, hosting conferences and leadership institutes, creating programs for underserved communities, and hosting one-of-a-kind peer support Meetups. We recently had the opportunity to sit down with Brandy, who is currently the Senior Program Manager, Diversity, Equity & Inclusion at Insulet Corporation, and she shared her experiences on the long-awaited Omnipod® 5 Automated Insulin Delivery System.

Brandy, it’s great to have you back with us as you continue to share your diabetes story. We are excited to hear about your experiences with Omnipod® after using various insulin pumps over the years.
Indeed, I have tried several different insulin pumps over the years. I was a loyal Medtronic user for over 15 years, but I still remember the first time I saw Omnipod®! In 2009, I had a friend who started using Omnipod®. It was the very first Omnipod model, so it was a larger Pod shaped like an egg. The size of it turned me off, but the idea of being able to go tubeless intrigued me. I vowed that if/when a smaller pod became available, I would give it a try.

Lo and behold, at the end of 2012, a smaller Pod (1/3 smaller and ¼ lighter) became publicly available. Before the year ended, I had completed the “No Tubes Attached” form and put in my order for Omnipod. Like many people with diabetes, I was scared to switch to a new pump - scared that I wouldn’t like it and then I’d be stuck with it. The No Tubes Attached program at Insulet convinced me because it allowed me to try Omnipod with minimal cost and risk. I was also able to keep my Medtronic pump, and it served as my security in case Omnipod didn’t work out. In the beginning, I planned to switch back and forth between my Medtronic pump and my Omnipod (to use up the remainder of my Medtronic supplies), but once I tried Omnipod, there was no going back to tubes.

You hear people say that pumps and continuous glucose monitors (CGMs) are life-changing, but you often aren’t sure exactly what they mean by that. For me, Omnipod allowed me the freedom to shop for and buy new clothes without having to consider whether or not the clothing was "pump friendly". It seems like a small thing, but it was huge for me! It also allowed me to exercise - run, walk, swim, bike - much easier. Because I typically wear my Pod on the back of my arm or on my lower back, I didn’t “see” my diabetes, and that allowed me to think about my diabetes a little less. I often forgot where I placed my Pod and would have to search for it on my body when it came time to change it. All of these things were truly life-changing for me!

Then when I added the Dexcom CGM to the mix, I took everything to another level. (I was hesitant about getting started on a CGM because I had a very negative experience with a different CGM many years ago.) I can’t put into words how much it changed my life to have both of those devices. I felt better able to manage my diabetes and my life! I always knew what my blood sugar was and what direction it was heading, and I had the ability to bolus without touching the Pod on my body. 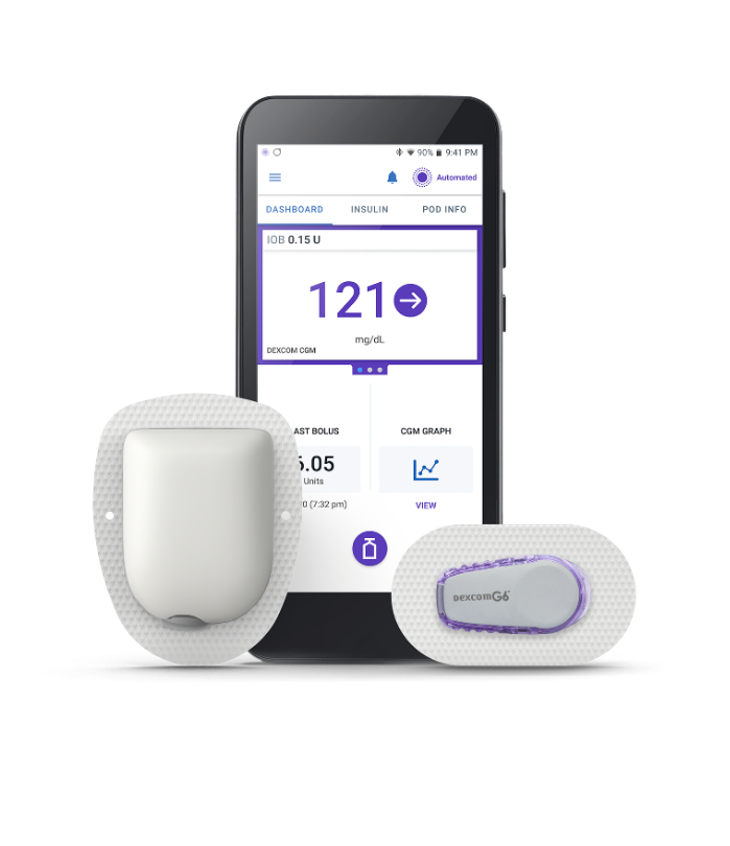 And this all brought about a career change for you, followed by another new Omnipod system. Can you tell us more? How has your experience with Omnipod 5 been – what are your top pros and cons?
It was in 2015 that I came to work at Insulet. That’s how life-changing it was for me. I wanted to work for the company and bring as many people with diabetes to Omnipod so they could share my experience as well. Later that year, I started hearing rumblings that there was a hybrid closed loop system in the works at Insulet. From that moment on, it has been an impatient waiting game. I knew that pump therapy could only get better with the Omnipod® Automated Insulin Delivery System. So far, the Omnipod 5 System has been all that I imagined it to be and more!

I would compare it to having another person managing my diabetes, but that person is super vigilant (like 24-hours-a-day!) and notices any slight upward or downward movement in my blood sugars and responds accordingly with increased or decreased insulin delivery. The number of low blood sugars I have in a week has decreased dramatically, and my overnight blood sugar graphs are amazingly flat even when I eat higher-carb meals. Before the Omnipod 5 System, I could eat a high-carb meal, guess on the dose (as many of us do!), get it wrong, and go to bed with a high blood sugar(out of fear that dosing insulin would create a horrible low) and wake up with that same high blood sugar. Now, the Omnipod 5 System won’t let me just "camp out" at 250 mg/dL overnight. It is constantly assessing my blood sugar, how much insulin is on board, and making adjustments to bring my blood sugar down to the target range I have set. Omnipod 5 System has been an improvement on its predecessor, the Omnipod DASH® Insulin Management System. But there is one thing I am looking forward to – the availability of the Omnipod 5 app for iPhone users so that I can control it there and not have to carry two separate devices.

Are there features of the Omnipod 5 System that have been beneficial to you as a woman with diabetes?
At this stage of life, I enjoy lower intensity forms of exercise - like walking, strength training, cycling, and Pilates. All of these involve steady levels of exercise with short bursts of intensity. Using “Activity” mode on the Omnipod 5 System has allowed me the freedom to venture out further away from my house when cycling or walking because I am much more confident knowing that I won’t have a low or, if I do, I can bring it up with 15 grams of carbs. Gone are the days of low blood sugars that I can’t seem to get up despite consuming massive amounts of juice! That brings up another benefit that I have found with the Omnipod 5 System: that it only takes a small amount of carbohydrates to raise my blood sugar into range. Obviously, I am only sharing my personal experiences with the Omnipod 5 System, and nothing that I have experienced is guaranteed to happen for everyone.

Do you find that the Omnipod 5 System adjusts to fluctuating hormones? We are thinking about menstruation, perimenopause, etc.
I can’t say that I have had any major hormonal shifts since I have been on the Omnipod 5 System, but I can say that I used to know that my period was going to start because I would have a low blood sugar in the morning after waking. That was consistent for years - decades, even. Since starting on the Omnipod 5 System, I have not had a low blood sugar in the morning after waking to signify my period is going to start. So, from that perspective, it seems to be doing a better job adjusting to fluctuating hormones.

Do you have favorite foods that may be challenging on your blood sugar, and if so, how does the System handle them? (Cereal, PB&J, pizza….)
Ah! The real question that we all want to know - Can I eat the food that has been off-limits in the past? I try to eat healthily, but we all want to eat our favorite foods occasionally! I have a favorite sugar cereal that has always been a problem for me - resulting in very high highs that are followed by very low lows. However, I am glad to report that I have been able to manage this cereal with milk just by dosing accurately before I start eating. (I have to bolus before I take a bite of food, and even a few minutes to 15 minutes prior if possible). I have had a similar experience with pizza, but I have only eaten it once since I have been on the Omnipod 5 System.

Ordering diabetes supplies can sometimes be a challenge – tips on how best to get the Omnipod 5 System supplies?
I am very familiar with the intricacies and challenges of getting a pump because of my experience helping patients when I was in the Insulet field sales force. The Omnipod really changed the pump supply distribution landscape as the first insulin pump available through pharmacy benefits. I am proud that I was on the front end of bringing Omnipod distribution to pharmacies! Many of us who were in the field sales force initiated relationships with local pharmacies to open up this channel for patients, especially in rural areas. Making the Omnipod available through the pharmacy increased access to so many more people. This work was critical in laying the groundwork so that the pharmacy doors would be open for the Omnipod 5. I encourage anyone who is interested in getting started on the Omnipod 5 to check their pharmacy benefits at omnipod.com/get-started. (Full disclosure: As an Insulet employee, Brandy receives supplies at no charge via their Pod Perks program.)

Thank you, Brandy! We appreciate catching up with you and hearing your insights on the Omnipod 5 System.