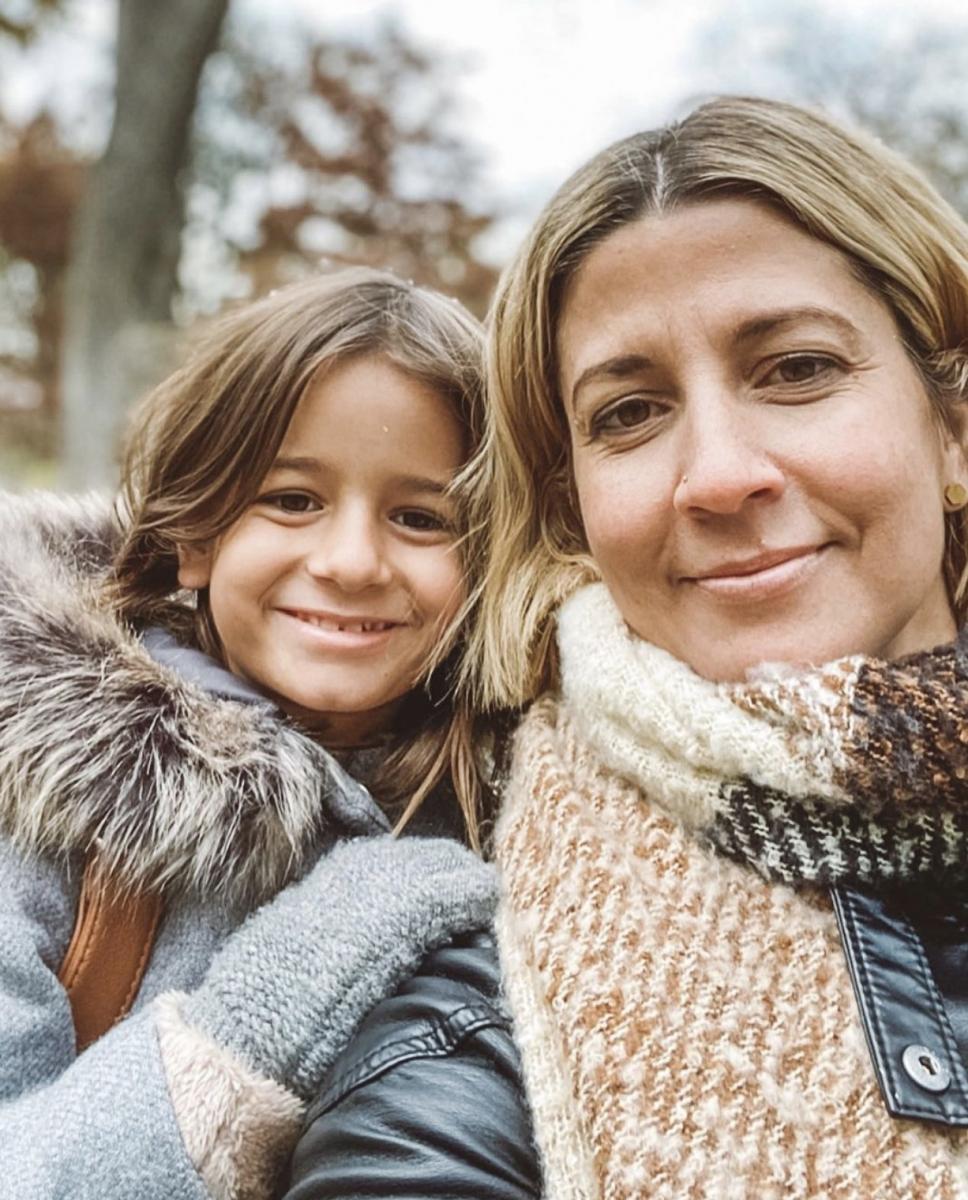 After the birth of my fifth child, I thought I had this whole mom thing down. It never quite gets any easier; you’re always living in a state of chaos, and you never seem to get enough sleep, but at least you know what to expect. That was until my youngest daughter, only two at the time, started experiencing a series of health complications.

I noticed she had become fussier, but she was a toddler, and had just started teething, so I didn’t think much of it. Then I noticed she was constantly thirsty and would frequently soak through her diapers. Still, I wasn’t too concerned – it was a hot summer, and maybe she had outgrown the diapers she was wearing. As her symptoms persisted over the next few weeks, I grew more concerned, and started Googling the symptoms she was experiencing. While researching, I kept coming across information about Type 1 diabetes, but again, I dismissed it. I didn’t know anything about diabetes. There was no way my two-year-old could have diabetes.

Even my daughter’s nurse dismissed my concerns when I explained her symptoms over the phone, and recommended I wait until the following week to bring her in for a checkup. Feeling relieved, I went on with my day, until I received a call from her pediatrician who had reviewed the nurse’s notes. He insisted I take her to an urgent care and ask to get her blood glucose levels checked, just to be safe. What happened next was a blur, but the one thing I am certain of, is that my pediatrician saved my daughter’s life that day.

Our trip to urgent care confirmed what I didn’t want to believe—my daughter had Type 1 diabetes, an autoimmune disease where a person’s immune system destroys cells in the pancreas that make insulin. From urgent care, she was rushed to the children’s hospital, where we learned her glucose levels were in the 800’s. Normal levels are around 100. Our toddler was experiencing diabetic ketoacidosis, which causes your organs to shut down when the body is deprived of insulin. It can be fatal if not treated. We spent the next five days in the hospital getting a crash course in diabetes and learning how to keep our daughter alive.

By the time we could finally bring her home from the hospital, all of our lives had changed. Meals now consisted of counting every single carb our two-year-old would consume so that we could calculate the correct dosage of insulin to give her. Leaving the house meant packing for every possible scenario and trying to stay one step ahead of diabetes. My role as a mom had evolved too. I wasn’t just her caregiver and her biggest supporter, but I had to act as a working pancreas to a little girl who was too young to express what her body was feeling.

After my daughter’s diagnosis, I cycled through emotions – fear for my little girl’s future, sadness that there is no cure for diabetes, and guilt that I wasn’t giving enough time to my other children and being the mom I wanted to be. Diabetes can be really isolating in that way. I found comfort in my husband, and strangers on the internet whose lives had also been impacted by diabetes. This online community showed me how to be a mom to a child with a chronic illness and encouraged me to explore technology that would give us some semblance of our old lives back. We put her on a Dexcom G6 CGM, which essentially acted as a translator between me and my toddler’s diabetes. Her Dexcom sent her glucose levels straight to my iPhone, meaning I no longer had to hold my baby down and prick her fingers for blood multiple times a day. And throughout all of her life stages so far, this technology has given her a true sense of independence, which has become more important than we realized six years ago. Today my daughter wears the Dexcom G6 CGM, which integrates with an Omnipod tubeless insulin pump, and when she asks to spend the night at a friend’s house or goes to gymnastics, I’m more comfortable letting her go off on her own because I can see her glucose levels from my phone, and know that she is ok.

It has been seven years since my daughter’s diagnosis. There are still days that are incredibly difficult, and I just want to give up, but quitting isn’t an option. Managing diabetes is a 24/7 job; there are no days off.

As challenging as these last six years have been, there have also been some silver linings. We have found lifelong friendships within the diabetes community, and it has brought our family closer together. My daughter’s diagnosis has shaped her, and her siblings lives and made them more compassionate and understanding human beings. At just eight years old, my daughter is one of the bravest and strongest people I know. Caring for a child with a chronic illness doesn’t necessarily get easier, but you get stronger. I would encourage all moms looking after their children’s health to find their community and lean on it. You might find that it saves you, and that we all have more in common than you think.

Lisa Pool is a nutritionist, holistic health practitioner and mother of five who lives in San Diego, California. Lisa’s youngest daughter was diagnosed with diabetes when she was just two-years old. Lisa is actively involved in the diabetes community and frequently speaks with other parents to share stories and advice about what it means to be a parent to a child with diabetes. You can follow Lisa and her family’s adventures at @thepoolgang_