Home / Between the Lines - Melissa L

Between the Lines - Melissa L

Between the Lines - Melissa L 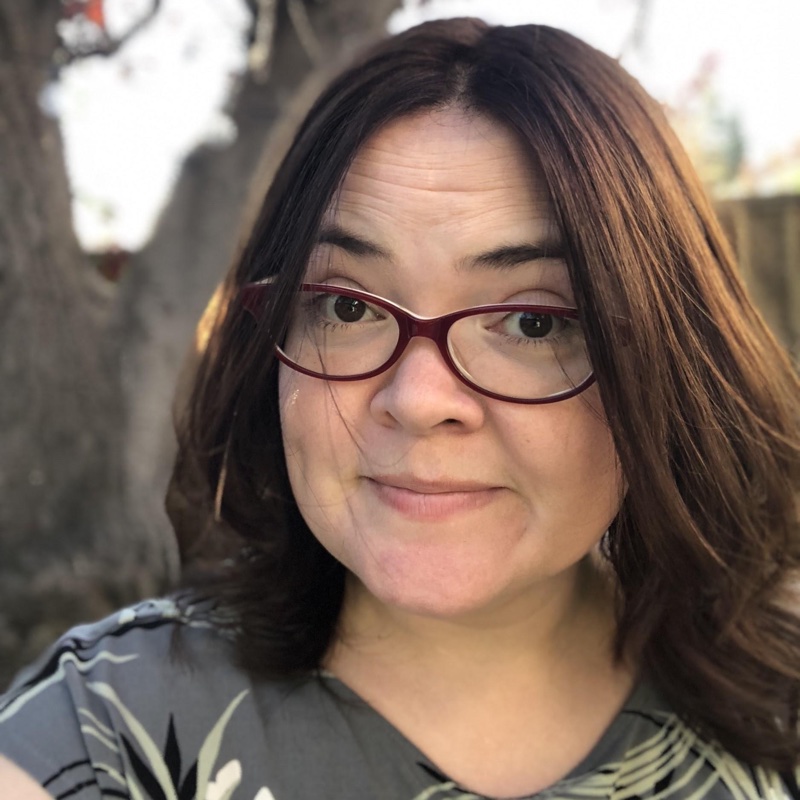 I’ve lived with type 1 diabetes for almost 30 years, and I’m relatively well-known around the diabetes online community for having tried nearly every piece of diabetes technology.

Diagnosed at age 10, I was sent home with the best tools, technology, and regimens we had in 1990 - multiple daily injections of Regular and NPH insulin, a glucose meter (that took two minutes to read an enormous blood drop), a lancing device that wasn’t a guillotine, a schedule of checking glucose and taking insulin injections four times per day, checking for ketones if glucose was over 250 mg/dL, and an exchange serving diet. That was high tech in 1990.

During the next decade, I had a crackerjack diabetes team for whom I was a model patient, doing exactly as I was told...yet my A1C was never below 10-16%. I begrudgingly started an insulin pump at age 20. It didn’t help either. By 24, I was burnt out. Nothing I did seemed to matter. No effort on my part nudged that number to something remotely close to between the lines of a “reasonable” 5-7% A1C.

But at age 28, just a few years later, and newly married, I saw my first A1C under 7%. And, amazingly enough, I’ve been able to stay between the lines of 6 and 7% for more than a decade now.

You’d think that the girl who has tried every insulin pump, every CGM, every meter, app, lancet(!) would say that there was a magic combination of diabetes devices that resulted in success.

But there wasn’t. Do you want to know what ultimately turned it around for me?

Not to belittle the gift I’ve had of having access to these tools, but it wasn’t the diabetes devices that helped me. The technology that brought me between the lines was...the discovery of community.

“Community is a non-negotiable tool in my technology toolbox.”

An insulin pump or a continuous glucose monitor or a killer app can give you information and deliver your medication, but they can’t heal your soul. Most do nothing to quiet the cognitive overload. No tool is there for you when you’ve had all you can take on any given day (and sometimes it’s the tool you’ve had enough of!).

At age 28, I found peer support in the diabetes online community. I learned new ways of thinking, received helpful advice, and employed behavior changes I could make that felt actionable and, more importantly, do-able. While I had lived my whole life resenting the mind-space that diabetes sucked up like a parasite, my friends taught me that, together, it wasn't so isolating and overwhelming. Person after person showed me small steps I could take, resulting in changes I didn’t know were possible, including focusing on timing my insulin to the peak of my meals, eating fewer carbs in a sitting, flattening my nighttime glucose trend, or waiting until my glucose was in range for certain meals or activities. I learned and developed smarter ways to use the technology I had - like when I decided to leave meters in strategic locations (like the bathroom counter) with the rule that, if I saw a meter and I didn’t know my number, I had to check. This wasn’t diabetes tech changing my life; it was internet tech. It was real life wisdom from people with whom I could connect over a shared experience. It was feeling empowered to change what wasn’t working.

Over the past decade, I’ve reviewed diabetes devices for many publications, written as a tech editor of a diabetes magazine, and consulted with drug and device companies. When I’m asked to talk about technology, it’s often because I know a lot about our options, but more so, I believe, because I’m honest about how those options can complement - and at times interfere with - our lives.

It’s no secret that I’m an early adopter of new tools, even untested ones. I’ve benefited from do-it-yourself closed-loop insulin delivery systems (OpenAPS, Loop) and do-it-yourself glucose monitoring tools (Nightscout) as one of the first users of each. I jump in with new tools fearlessly and excitedly, but it’s not because I believe a tool has the power to change my care. It’s because I believe in my own power. My community taught me that, and community is a non-negotiable tool in my technology toolbox.

Melissa L is a respected blogger, patient advocate, and diabetes thought leader. Diagnosed with type 1 diabetes at the age of 10 in 1990, she is known for her extensive firsthand knowledge of diabetes devices and for her role as a community leader in the Diabetes Online Community (DOC). She has served on two diabetes nonprofit boards and led Diabetes Hands Foundation as its interim Executive Director throughout 2015 after the departure of its founder. Melissa's technology reviews as Tech Editor of ASweetLife online magazine, as well as on her personal blog Sweetly Voiced, have helped thousands of people with diabetes consider how to integrate devices into their treatment plans. In 2016, Melissa joined Bigfoot Biomedical and serves as their Director of Community Relations, managing social media, public relations, and communications for the disruptive startup determined to bring relief to the burden of T1D through automated insulin delivery. She lives in the San Francisco Bay Area with her husband Kevin, a senior software engineer for Bigfoot and an original Nightscout core developer, and their two wild and wacky young kids. When she’s not chasing kids or blood sugars (and even when she is), she can also be found creating music video parodies for her series #DParodies.