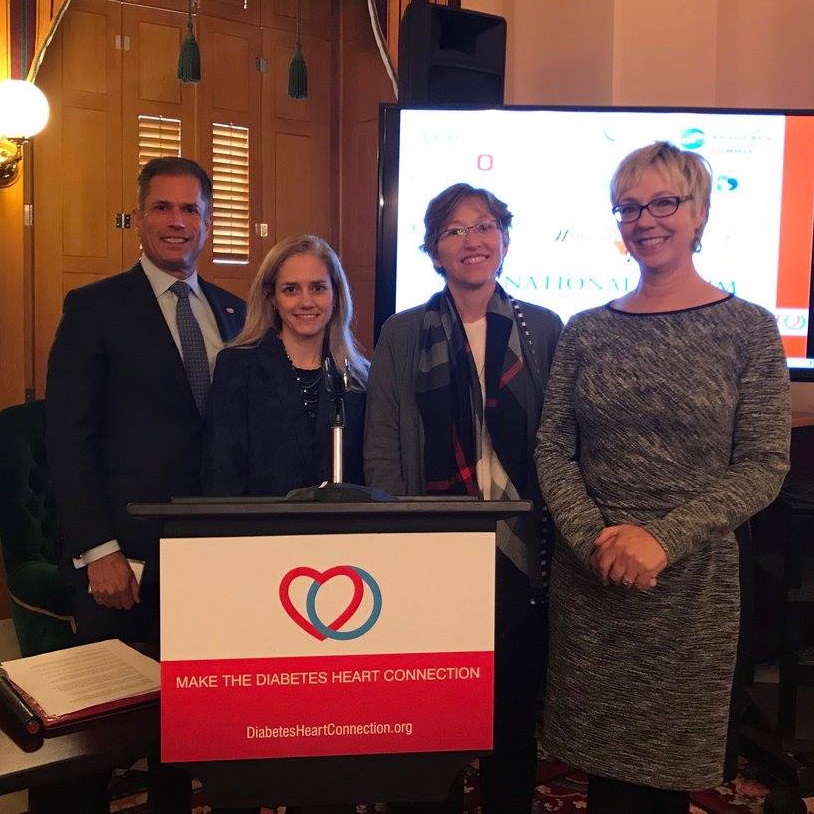 World Diabetes Day is celebrated each year on November 14th, the birthday of Sir Frederick Banting, who along with Charles Best, discovered insulin in 1922. The International Diabetes Federation created World Diabetes Day in 1991 to help bring diabetes awareness to a global audience. Many of our DiabetesSisters PODS Meetup Leaders marked the day by participating in special events, holding PODS Meetups and celebrating their lives with diabetes.

Columbus Ohio PODS Meetup Leader Diane Berinato (pictured second from right) was a featured speaker at the Making the Diabetes Heart Connection Forum, hosted by the Partnership to Fight Chronic Disease at the Ohio Statehouse. Diane was honored to have the opportunity to tell her story and was also grateful to hear from two Senators who are supporting several bills regarding diabetes.

PODS Meetup groups in Denver, Colorado, and Princeton, New Jersey, both held Meetups on World Diabetes Day. Erika Armani, Denver PODS Meetup co-leader, shared that their group discussed staying healthy during the holidays. “It was a great discussion and felt good to be with others with diabetes on WDD. We had some festive cookies with blue icing and blue sprinkles to commemorate the day.” (The group is pictured on the left above.) In Princeton, PODS Meetup co-leader Robin Wright tells us “We all felt thankful to have DiabetesSisters as a positive place to build a community that is committed to caring, support and ongoing learning. No better way to celebrate World Diabetes Day!!” The ladies at the Meetup sent holiday cards to remind themselves of their individual health goals. (See an example on the right above.) 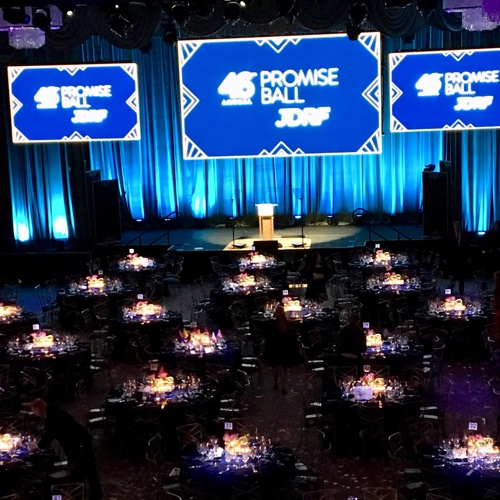 Diane Bajalia, who co-leads our PODS Meetup group in Jacksonville Florida, traveled to New York City to celebrate. Diane tells us “World Diabetes Day takes on a special significance for me because I was actually diagnosed with type 1 diabetes on November 14, 1989. This year was my 29th diaversary, or as I like to refer to it, my livaversary!” While in NYC, Diane volunteered at the JDRF Promise Gala and met the leaders of Marjorie’s Fund, a nonprofit organization that helps people with diabetes in need. “It felt great to celebrate diabetes… to put the test strips and the alarms behind me for the day and share in the passion and the purpose of those with similar dreams. Plans are in the works for next year’s livaversary, but it would be great to have to cancel them.”

We couldn’t agree more, and we are so proud to have such strong leaders thriving with diabetes.