Home / Between the Lines - Erin A

Between the Lines - Erin A

Between the Lines - Erin A 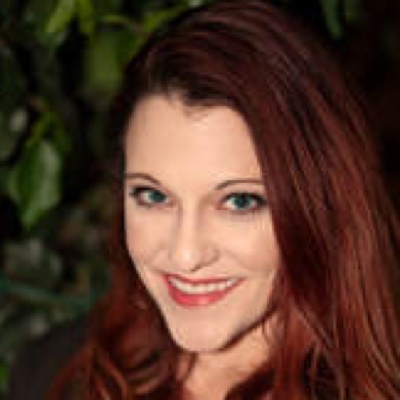 Erin A
Founder and Executive Director
of Diabulimia Helpline

By the time I was diagnosed with diabetes, my relationship with food was already heavily skewed and unhealthy. Whenever I was unhappy or stressed, I turned to food. Bad day at school - it was always an ice cream cone or McDonalds to make me smile. Nothing could dry my tears like a Reeses peanut butter cup. The problem with this technique is that by the age of nine, I had also become medically overweight, bordering on obese.

Around the same time, my brother was rushed to the hospital where he was diagnosed with type 1 diabetes. I knew something horrible had happened to him, but at that young age, all I could focus on was that my formerly equally pudgy brother had just lost a lot of weight, seemingly without trying. Less than two weeks later while we were still in the process of reorienting ourselves to having one person with diabetes in the family, I developed an infection, and my Mama Bear insisted the doctor check my blood sugar. My test came back in the low 300’s; it was unquestionably diabetes.

Within the first two appointments, my endocrinologist started hounding me about my weight, telling me “if you don’t lose weight, you’re going to have a heart attack before you’re 20!” Though not medically accurate, he scared me enough that I was willing to try anything to lose weight. I felt cheated that my brother had lost all that weight from his diabetes pre-diagnosis and I never did, so at age 13 I started letting my blood sugars run out of control. I felt physically terrible, but I didn’t care as long as I lost weight. I told myself I was just doing it for the summer before high school, and then I would stop. But I quickly became addicted to the praise and false validation I felt from the weight loss and soon realized I couldn’t stop. My A1C was constantly between 12% and 17%, and I was hospitalized with diabetic ketoacidosis (DKA) frequently. Though I told myself I could handle the periods when I was omitting insulin, my body was quickly deteriorating. Eventually, I needed late arrival and early release just to make it through a school day because my body was so weak. I even ended up missing my senior prom because I was in the hospital with another DKA episode. It was more important that I felt thin at my prom than it was that I actually be at my prom.

“There needed to be some specialized resources for people with diabetes and eating disorders.”

When I left for college in Boston, I convinced myself I had this “thing” handled. Unfortunately, with little support and thousands of miles from my family and doctors, I quickly descended into medical madness. I was throwing up into grocery bags because I was too weak to leave my dorm room bed. By semester’s end, I was quarantined in the hospital with a staph infection in my spine. My parents informed me they would not pay for me to go back to college and continue to kill myself. They gave me two choices: I could go to an eating disorder treatment center, or I could sit in their basement and pout. I argued obstinately for two months until I watched a special about an eating disorder known as ‘diabulimia’ where people with type 1 diabetes omitted their insulin in order to lose weight. Then my aunt, who was also a person with type 1 diabetes, disclosed she had also had diabulimia in her youth. She was, at that point, on kidney dialysis from all the damage her body had endured. She asked me to do better for myself, and I promised her I would. I spent three months in a residential treatment center. Though ill-equipped to properly handle a person with diabetes, the treatment center taught me two very important lessons. First, I had trauma and deep-seated issues with food, my body and my disease that needed therapy work. And second, there needed to be some specialized resources for people with diabetes and eating disorders.

When I came out of the center, there were certain aspects of having diabetes and an eating disorder that those without diabetes just didn’t understand. For example the biological need to feed when you’re having a crashing low, and how much the guilt for overtreating that low blood sugar feels like binge guilt the next morning. In eating disorder treatment, I was taught to forget about counting numbers and reading labels, but that’s not something a person with type 1 diabetes can do; mental math will always be an everyday reality for the person with diabetes! How could I keep the love in my food, and not just see it as cold and calculating, a carbohydrate to be dosed for or a calorie to be worked off? I needed a special place to address these issues. I knew I wasn’t the only one doing this, so I threw a lifeline out into the void of the internet to see if anyone would catch it. That lifeline was the Diabulimia Awareness Facebook Support Group. I expected to find maybe a few dozen people, but a few hundred joined within the first couple of months. The peer support offered in the group kept me accountable for my recovery. I wasn’t perfect. I relapsed a bunch. During one relapse, I had emergency surgery, but my body couldn’t handle a regular dose of morphine, and I flatlined. It was the people in the Diabulimia Awareness Group that kept me going, that enabled me to pull myself up when I was on the brink of collapse.

By the time we rounded on the first year as a support group, we had almost five-hundred members, and many of them wanted much more than peer support. They wanted resources for their doctors and family, and treatment facilities that could manage the entanglement of diabetes and eating disorders. It became clear that giving people this second chance was my true purpose. With my Mama Bear, we founded the Diabulimia Helpline in January 2009. It was the first nonprofit organization in the world devoted to education, support and advocacy for those with diabetes and an eating disorder. In November 2018, we hosted the 1st International Conference on Diabetes and Eating Disorders, a two-tracked event that brought together speakers from 5 different countries, finally making a decade-long dream of mine come true. In finding what I was truly meant to do with my life, I found the contentment that had always been missing, and with it, I found peace with my diabetes, the steadiness I had always been missing in my blood sugars and finally achieved the best A1C’s in my life. Now I can proudly say not only am I the Executive Director of Diabulimia Helpline for the last ten years, but I’m also the Seattle PODS leader for DiabetesSisters and the Volunteer Coordinator for ConnecT1D’s family camp. Connecting people with diabetes all across the Pacific Northwest and the world has become my greatest joy in life, and still the thing that keeps me most accountable to my own blood sugars!

Erin A is the Founder and Executive Director of Diabulimia Helpline, which she founded in 2009 after struggling with diabulimia off and on for a decade. She uses her extensive knowledge about the emotional and behavioral aspects of diabetes and how they connect to food and body issues to train eating disorder centers and implement a diabulimia program across the country. She also speaks at diabetes clinics all over the U.S. and can be found in numerous publications, such as Diabetes Forecast, Diabetes Health, Diabetes care, and PLAID.