Home / Between the Lines - Karen G

Between the Lines - Karen G

Between the Lines - Karen G 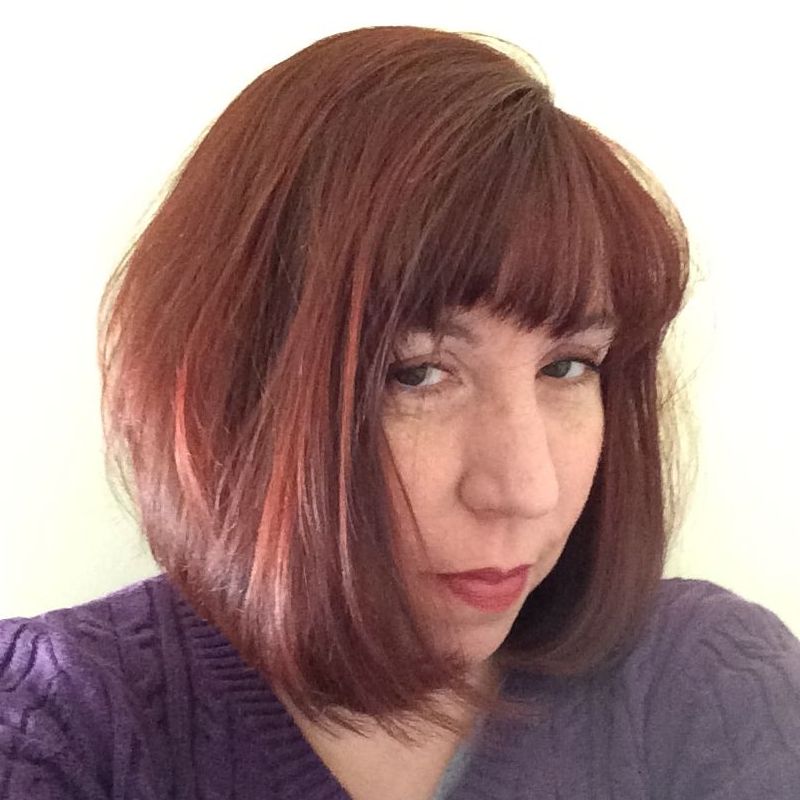 I can tell you without a doubt that during the first few decades of my life with diabetes, I was rarely “between the lines” when it came to my blood sugar. The truth is, I didn’t even really know where those lines were!

I was diagnosed with type 1 diabetes in 1979, at the age of 11. Home blood glucose testing, carbohydrate counting, and using basal and bolus rates for insulin dosing were not “a thing” yet. Instead, I did the best I could with urine testing kits, an exchange diet (which required I eat certain food groups in precise amounts at certain times whether I was hungry or not), and one daily injection of two kinds of insulin that my mother mixed in a syringe.

Do you know what also wasn’t “a thing” yet? People with diabetes connecting online. Heck, online didn’t even exist. My mom tried to get me involved with a local group for kids with diabetes, but I was painfully shy and hated every minute of it.

I journeyed along, all alone, feeling broken and ashamed that I had diabetes. I hid it from even my closest friends and did as little I could as far as management went. Treatment options progressed for people with diabetes, but alone in my bubble (and with an endocrinologist who was not at all helpful), not much changed for me. Yes, readings from finger sticks replaced urine testing, and one injection of insulin a day became two. But I was still on the exchange diet (or I was supposed to be, but being a rebellious teenager, I just ate what I wanted). My A1C? I don’t recall having them done, and don’t remember being given A1C result or even A1C guidelines. I did have a glucose meter, but I rarely used it. I stuffed diabetes so far down on my priority list - the only thing I did without fail was take insulin. On the rare occasion I did check my blood glucose, the results were always much, much higher than anyone would like to see. I hardly ever had episodes of hypoglycemia, so I’m sure if I had gotten an A1C that would’ve been well above any recommended target as well.

“A whole new world opened up to me - the world of peer-support. I had no idea it existed and no idea how much I needed it.”

In Spring 2003, my now-husband and I got engaged. A few months later, I ended up in the hospital with diabetic ketoacidosis (DKA) for the first time since my diagnosis. I’m embarrassed to admit that when my endocrinologist came to talk to me about DKA, I didn’t know what it was. I was completely clueless. But, this experience awoke something inside of me. I realized that I couldn’t go on the way I had been. I wanted to be healthy when I walked down the aisle the next year, so I started putting effort into my diabetes management.

Unfortunately, my doctor was not much help. She made a few minor changes, but I learned more from the books on diabetes I bought after being released from the hospital. I tried so hard to get my glucose levels toward the range those books recommended, but it wasn’t working. To make matters worse, I often felt as if my blood sugar was low, but a glucose check would reveal I was in the high 200s.

It is no big surprise that one day, I began to feel the same way I did a few months before when I had DKA. I called my endocrinologist immediately. She was away, but her on-call doctor advised against going to the emergency room, instead suggesting that I eat a banana to settle my stomach. I actually had to put him on hold so I could vomit, but when I got back on the phone, he still insisted I didn’t need to go to the ER. I went anyway, and the ER doctor immediately confirmed DKA and said it was a good thing I came in so quickly.

It was during that hospital stay that I met my current endocrinologist. It was a light-bulb “aha” moment - I quickly realized that the endo I was seeing wasn’t right for me, and I made the switch to my current endo’s practice. One of the first things he recommended for me was an insulin pump. I knew practically nothing about insulin pumps and was terrified by the idea for a lot of reasons. My top fear was that people would see the pump and find out that I have diabetes - I still hadn’t told my co-workers or most of my friends.

That fear led me to get on the web and search “how to hide an insulin pump”. And blogs came up - blogs written by people with diabetes wearing insulin pumps. A whole new world opened up to me - the world of peer-support. I had no idea it existed and no idea how much I needed it. Within a few weeks, I started my own diabetes blog. I became connected to countless friends with diabetes over the internet. I learned that others were afraid to start using insulin pumps too, but they didn’t let the fear stop them. And so one day, after feeling completely discouraged about working so hard to get my glucose in range and not seeing the results I was aiming for, I decided to try a pump. After all, if those bloggers could put aside their pump fears, maybe I could too.

I added an insulin pump to my management plan in 2008 and added a continuous glucose monitor soon after. My online circle of People With Diabetes (PWDs) grew, and many of the connections I made turned into real off-line friendships. I now work full time for a diabetes non-profit. I no longer feel compelled to hide the fact that I live with diabetes - in fact, I am more than willing to talk about it to anyone who asks.

My diabetes management turned a big corner when I discovered the Diabetes Online Community (DOC). I no longer feel ashamed, broken, and alone. I am informed about advances in diabetes care and engaged in my diabetes management. Mind you, my management still is not perfect - blood sugars will always venture above and below the lines I am aiming for. However, my A1C has been solidly at goal since shortly after finding the DOC and starting on a pump. And when things get tough, I know I have a group of PWDs to lend support when I’m struggling and to remind me that I’m not all alone anymore.

Karen G has been leading DiabetesSisters Virtual PODS since 2014 and joined the staff as Content Manager in 2017. When not engrossed in all things diabetes she loves to hang at home in Connecticut with her husband and the worlds most adorable cat. She can usually be found cooking and baking, tackling harder and harder recipes to get her skills up to the next level.