Home / Between the Lines - Stacey D

Between the Lines - Stacey D

Between the Lines - Stacey D 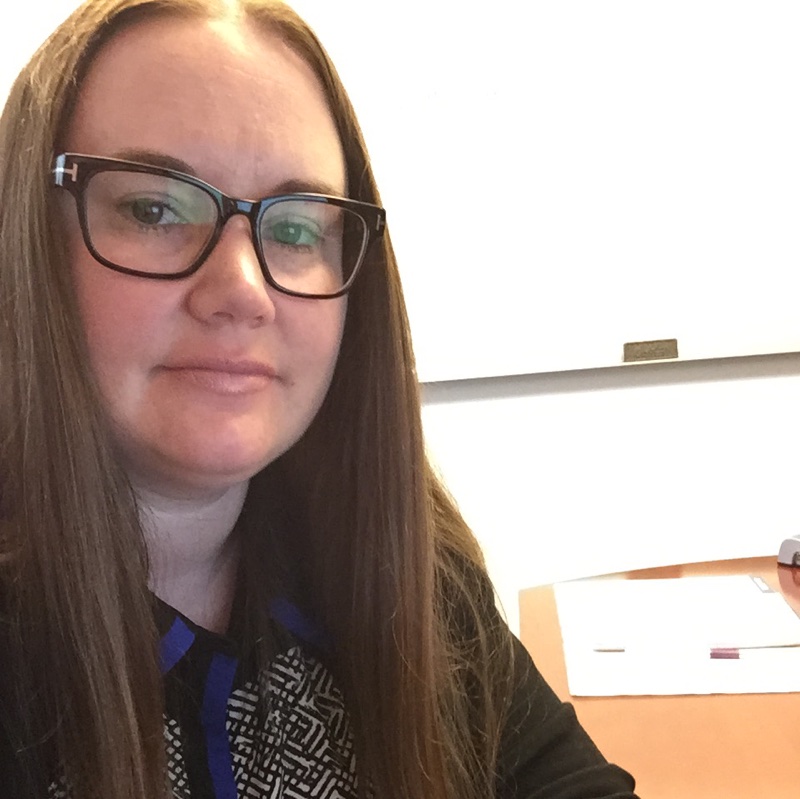 From the time I was eight years old, I saw the same ophthalmologist. I went annually until about 2008 or so when he began seeing some changes in the vessels - then my exams were scheduled twice a year.

In 2011, my ophthalmologist saw a deposit on my macula in the pictures he took and thought it was something that needed monitoring. He recommended I see a retina specialist who also saw the deposit from his own pictures but also swelling in the same eye. This called for me to have a fluorescein angiogram for further analysis of what was going on in the back of my eye. I will be honest: I was scared. I had never had one of those tests before, and the way they made me sign a consent form and described the possible side effects caused panic to set in. Bigtime. If you’ve never had this test or don’t know what it is, it’s when they inject a dye into your bloodstream that makes your blood vessels look fluorescent and easier to see in pictures. The test procedure actually didn’t turn out to be too bad, thankfully. I think the worst of it may have been the pink vision that followed for about 5-10 minutes afterward and the fluorescent pee I was excreting for the next two days! From those pictures, the doctor was able to see that I have some blood vessels that are leaking. That is what was causing the deposit on my macula.

"Stacey, this is diabetic retinopathy."

About two weeks later I had an intravitreal injection. It was not the most pleasant experience, although surprisingly it did not hurt. They applied a lot of numbing medicine in and around the eye. It was an extremely strange sensation when the medication was injected, seeing this fluid come into my line of sight. It was a quick procedure, and I was sent home with drops which I had to use for the next few days. I had some discomfort the day after, almost feeling like a sharp object was in my eye. Fortunately, that didn’t last too long.

“I am a HUGE advocate for early detection
and regular eye exams.”

Since then, I’ve seen the retina specialist regularly instead of an ophthalmologist. It has now been seven years, and my eyes have been stable. I am a HUGE advocate for early detection and regular eye exams. If I hadn’t been getting checked regularly for so long, the condition of my eye would have been worse and most likely would’ve needed more treatments. While no one wants a complication from diabetes, I am very thankful that I had the education and resources to have this treated early.

Stacey D has been living with type 1 diabetes since 1981. She has been using an insulin pump since 2006 and a CGM since 2008. She loves her hubby, identical twin sister, mother, nephews and nieces, friends and family, the latest technology gadget, music, tattoos, fitness (when she’s feeling motivated anyway!), laughter, good food, good times and cute furry animals (of both the live and the stuffed variety!).