Hello my fellow Sisters, Happy New Year!  A new year brings new things.  It most organizations it could be new leadership (that already happened for DiabetesSisters) or new political office holders.  Another new thing it brings is new bloggers here at DiabetesSisters, and it is my honor and priviledge to be writing the Type 1 blog for the next few months.  However, before I do, I would like to tell you the top 10 things about me.

To me the prettiest and my most favorite season of all is fall because of the colors of the season make the surroundings in which you are in very pretty and relaxing.

My friends best describe me as a brave, compassionate, adventuresome, enthusiastic woman who loves helping people at any chance in any way that I can.

The tallest building that I ever went to the top of is the Empire State Building and Rockefeller Center in New York City (where I had a low blood sugar, which made for an interesting place to treat)

I enjoy collecting keychains from around the world, teddy bears and anything associated with angels or butterflies.

There are a few things that I am most proud of.  The first is receiving the Courage to Comeback Award from my job for triumphing over major obstacles and being an inspiration to others. These are barriers that are difficult to cope with and make life just a wee bit harder to deal with (more about how I dealt with diabetes and these obstacles later).  The second is being appointed to a few advisory councils including a governing board of directors of an agency which helped me through some of my own hard times.  Lastly, being asked to be a blogger for DiabetesSisters.

I enjoy my working as an information and referral specialist at a local mental health agency.  It doesn’t make me a millionaire, but it doesn’t need to.  It just needs to make me feel happy and important, which it does many times over.

Some of the hobbies that I enjoy are knitting, quilting, taking scenic photos, sharing my views and outlooks of life, and trying to figure out how, when, and where my next major trip will be.  This trip is usually to Florida to the Friends for Life conference hosted by the Children with Diabetes Foundation.  It was because of this group that I am doing the work I am with DiabetesSisters today.  However, when I am not doing the things mentioned above you can usually find me singing with one of my two church families.  I say families because even though we don’t share some the same genetics as each other, we are there for each other when most needed (more on this later).

Something that others don’t know about me is that I am the oldest of three children for my dad.  While I grew up an only child, it wasn’t until I was 21 that I met the other half of my family including my brother and sister.  Another thing is that all my friends are virtual ones.  Lastly, I have officially been diagnosed and having to deal with major depression and anxiety issues for the past 12 years (and it was probably going on longer) on top of diabetes since Christmas 2000.

I will be (and am looking forward to) telling you more about my diabetes story so you know where I am coming from.

Stay tuned, Thanks for reading and following me.

Many good wishes to come to you today, tomorrow, and always.

Note: The one above with Santa was taken on Diagnosis Day- Christmas 2000 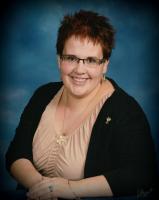 Username:
cathie2000
Gender:
female
Diabetes Type:
Type 1
Diabetes Treatment:
Minimmed Pump from 3/04-11/12; Animas Pump since 11/12 & CGM since 7/13
Occupation:
Office Assistant for Mental Health Association of Erie County, Inc.
Number of Children:
0
City:
Buffalo
Country:
United States
Email:
ckwallace@ymail.com
About Me:
I believe that there are angels among us, sent down to us form somewhere up above...they show us how to live teach us how to give they guide with there light of love. We are all angels to one another and are brought into each others life for a reason. You never know what the next chapter in the storybook of live will bring. I absolutely love helping others. I am a patient advocate with my doctor's office and my mental health providers office, so I enjoy working with others that have been dealing with some of the same issues as I have. If I can help one person not to have to go through what I have because of giving them the knowledge from my experience then my work as been all worth it. I am in process of going on for future training to develop my skills more to hopefully get a job as a paid advocate with an agency that needs my help. That is where I see myself most happy, but for now, I just got to try and get by with the little job of life. When I am not at appointments or helping others, I love singing in my church's contemporary music ensemble, knitting prayer shawls, taking photos, making them look pretty and sharing them with friends. I think that pretty much describes me, if you want to know something about me please ask!!! Don't be shy.