Getting Insulin Abroad (In The Netherlands) 2 weeks ago, I wrote about my experience getting insulin without health insurance in France in 2012. Little did I know while writing and sharing that story, that 2 weeks later, I would encounter a very similar situation in Amsterdam, where I've been living for the past 5 months.

When I moved here, I brought all the insulin I had at the time, which, to my surprise, was enough Lantus to last 5 months. I still have around 10 Humalog pens, which may last me the rest of my time in Amsterdam--7 more months.

But last week, I didn't realize my Lantus supply was low until I was opening my last pen. That same week, I got a letter from the healthcare provider saying they couldn't process everything because they needed me to snail-mail them a copy of my Dutch ID card. (Don't worry--it does not take 5 months to process health insurance here--my host family just waited to add me to their plan until last week.)

I realized there was no way this whole issue would be cleared up in the next 2 days, which is when my Lantus would run out, so I did exactly what I did in France... I went to a walk-in clinic without health insurance and braced myself to hand over all of my babysitting money for The Medicine I Need In Order To Live.

I should know better by now.

I should know that United States healthcare is exceptionally cruel.

It's not that scary everywhere.

It's not such a nightmare everywhere in the world.

Without insurance, I paid 27 euros for this doctor's visit. In a real doctor's office--not even a typical "walk-in clinic." It is a regular doctor's office that accepts walk-ins from 8am-9am every morning. I went in, spoke English to everyone (nearly everyone here speaks immaculate English), told the doctor exactly what I needed prescriptions for, and was on my merry way.

I then biked to the pharmacy down the street. I went in and took a number from a ticket machine and waited for my number to be called from a large digital screen. (One of those subtle cultural differences. The first time I went into a pharmacy, I went straight up to the counter and was swiftly directed to the ticket machine.) I told the pharmacist I didn't have health insurance, and that I needed to know how much Lantus cost. She was confused. Earlier, the doctor told me that most Dutch people with diabetes get their supplies from a direct line of some sort--something separate from the doctors' offices--so they aren't used to people coming in to ask for those prescriptions.

The pharmacist started typing on her keyboard and scribbled something onto a small sheet of yellow paper.

She then (silently) slid the piece of paper across the counter to me, frowning, while looking me dead in the eyes, like I was a private detective doing an investigation and she was the reluctantly obliging witness with key information. Like that piece of paper would crack the case.

In the US, I often feel I need to hire my own private detective just to figure out how my health insurance. What is actually covered, and how much of it? Why are you making me do so much math involving percentages? Why will it only cover the blue pills and not the green? They're the same thing! What does it have against green?! What does deductible even mean? Who decides what is in-network? Why is my medicine tier 3 and not tier 2? Why, after waiting on hold for 4 and half hours, can no one answer any of my questions?

It took me a minute to realize what the slip of paper the pharmacist slipped me meant, and if I hadn't been to France and learned that Lantus could possibly be so inexpensive, I wouldn't have understood it at all.

5- a box of 5 pens. 66.87- the full retail price, which will always be too good to be true to me. It will always seem foreign and ideal. For many European citizens I have spoken to, it is simply what makes sense. It is expected. It is a right.

And yet, I handed her 67 euros, and I left with The Medicine I Need In Order To Live. (I was reminded at both the doctor's office and the pharmacy that once I get my health insurance, I can be reimbursed for all of these expenses.) On the way back home, I stopped at a market and bought a bouquet of fresh, bulbous flowers, because here, I can see beyond a looming cloud of medical debt. I can leave a pharmacy without feeling enraged, defeated, and helpless.

Here, I can leave a pharmacy with a bag full of The Medicine I Need In Order To Live, and feel like buying pretty pink flowers.

There is a beautiful and heartbreaking freedom in that. 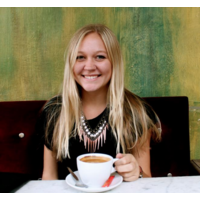 Username:
coffee_insulin
Gender:
female
Diabetes Type:
Type 1
Diabetes Treatment:
Injections/CGM
Occupation:
Writer
Number of Children:
0
Country:
United States
Email:
coffeeandinsulin@gmail.com
About Me:
I'm Sarah, a 20-something who loves reading, writing, and traveling. I was diagnosed with type 1 diabetes 9 years ago. I blog about my life with t1 diabetes while living abroad (Amsterdam, currently) at www.coffeeandinsulin.com !