When most people think of drug companies they get angry. They think: Why are drugs so expensive, all they think of is profit, no regard for those who need the drug. I thought the same way.

My thoughts changed when I attended a Novo Nordisk workshop on April 26 in Plainsboro, NJ. For a full day, I was part of a group with other patients with diabetes and Novo Nordisk doctors and employees. Some of the employees were from New Jersey, others were from their headquarters in Copenhagen. 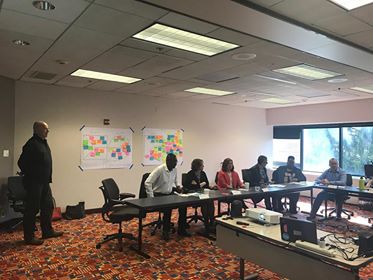 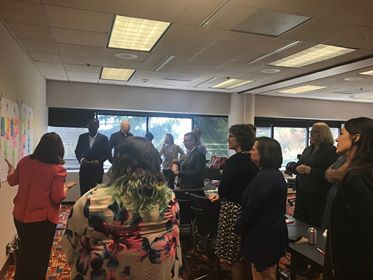 I always wondered how new therapies were developed. Persons of different backgrounds, countries, cultures and mindsets were sitting in a room answering questions about what we want. We did not agree 100% on anything. It made me think that finding a solution for millions of people would be almost impossible.

The doctor in my group was very compassionate and truly concerned about people with diabetes; I could tell he was sincerely interested in finding solutions and truly trying to understand how we think and process diabetes in our lives. After speaking with him that day, I felt connected to him in a way I have never felt with any of my own doctors. The other employees shared that compassion as well. It was not something I had ever experienced in any other work environment.

Think of the differences among us. Some people proudly wear their CGM or pump and others will hide them. Some people eat healthily and exercise but some aren’t fully vested in this lifestyle. Some can enjoy a dessert and others feel guilty. Each of us makes our own decisions every day and deals with this the best we can. Our diabetes is as different as we are from everyone else.

It made me think how this particular doctor and other employees have a daunting task in front of them. So now that I have a few faces and names of drug company employees, I do give them more respect than I ever had. I honestly feel like they do care about us and will keep striving to help us all. I was so impressed with what I saw that I wanted to share my experience. It is not just about profit.

We also discussed support. I mentioned DiabetesSisters as often as I could. I impressed upon them that the support that I have gotten from DS has made quite a difference. (I felt bad for the one man who wanted to have the same support.) Knowing that I can reach out to any one of my sisters at any time has given me a confidence I never expected.

So, thank you Novo Nordisk for helping me see things in a different light. I will be watching for your new therapies.

Disclosure: Novo Nordisk covered travel, food, and lodging for this event and provided an honorarium. All thoughts and opinions expressed here are my own. 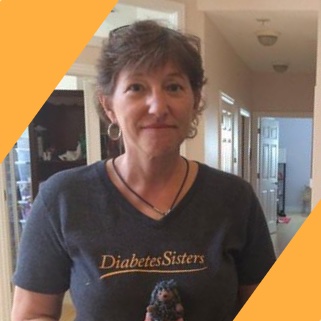 Diane Berinato
Diane has been living with diabetes since 1995. She became active with DiabetesSisters after attending a Weekend for Women conference in Raleigh, NC. Diane began co-leading the DiabetesSisters of Columbus, OH PODS meetup group in 2015.