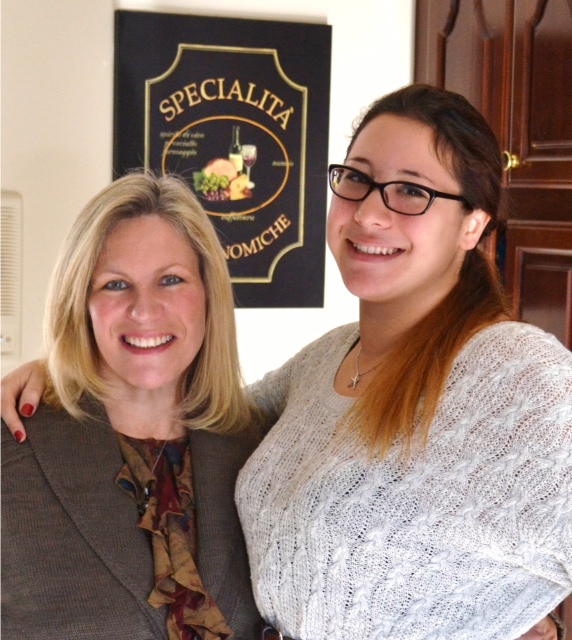 I’d never really given much thought to the notion of love at first sight until the moment that my precious daughter, Nicole, was first placed into my arms, and I was as they say, instantly and utterly ‘hooked’! I couldn’t stop looking at her, completing the requisite counting of fingers and toes, and marveling at this tiny perfect being my husband and I had created. I vowed on my life to take care of her always, keep her safe and protect her from anyone or anything that dared to cause her harm.

For the next 13 years, her father and I did just that, and our lives were happy and beautiful and carefree. That is, until the afternoon of January 9, 2004. It’s incredible how in the blink of an eye, as her Pediatrician uttered those six fateful words: “I’m afraid that Nicole has diabetes”, our entire world was turned upside down and every milestone in our lives would forevermore be classified as taking place either “B.D.” (before diabetes) or “A.D” (after diagnosis)!

I’m ashamed to admit that my husband and I completely fell apart. Because I am a registered nurse and he is a physician, we felt that somehow we should have been able to prevent this from happening. Maybe we knew too much about T1D and its complications. Maybe it was the realization that for the first time, there was something that mommy and daddy could NOT fix…something we could not ‘kiss’ and make all better. It was probably a combination of those issues and others that caused us to crumble…I’m still not completely sure.

From that day forward, I have been living with a profound sense of guilt and responsibility for Nicole’s diabetes. Because I was adopted as an infant, I have no documented family health history. No one in my husband’s family as far back as they could trace, had diabetes, therefore it stood to reason that it HAD TO have come from me. In my mind, I had done this to my child. I’d given it to her.  Although this was never said to me outright it was implied, and over time I came to believe it. These feelings have haunted my days and nights for the past 10 years, but I never had the courage to talk openly with Nicole about them. I wanted to apologize to her, because, I believed that I’d failed her. I had broken the promise that I’d made to her on the day she was born in the worst possible way: I, her own mother, was the person responsible for causing her the most ‘pain’. I realize it may sound foolish, but this is the way I felt.

From the day of her diagnosis, Nicole has displayed tremendous strength and courage. She never once asked ‘why me?’; she never showed any outward signs of anger and she never felt sorry for herself. She simply rallied to the occasion, learned everything she could about diabetes and did what she needed to do to live with this disease. She took control, forged full steam ahead and cared for herself with the savvy of someone 10 to 15 years her senior.

Nicole was diagnosed on a Friday and by Sunday evening was back at home checking her own blood glucose and drawing up and injecting her own insulin! And she never skipped a beat three months later when she was instructed in the use and care of her new insulin pump! Together we would manage her highs and lows, weather her illnesses, deal with the occasional yet terrifying pump malfunctions (which always seemed to happen when we were the furthest from home), reorder her supplies, and attend her doctor’s appointments. But really, Nicole was the person in charge of her diabetes. I’ve never told her this, but in my mind I often thought of her as “The Diaboss”; she’s always been that in control and that powerful!

To be honest, Nicole’s ownership of her diabetes and the responsibility and acceptance she undertook for all facets of her self-care allowed my husband and I to enjoy a small degree of ‘freedom’ and yes, also denial. If Nicole wasn’t complaining, if Nicole had no problems or concerns and if all of her ‘numbers’ were on target, then we could exhale a bit (and this also helped absolve me of some of the guilt and self-deprecating feelings that had set up housekeeping in my mind).

I was so completely in awe of my daughter! WHERE did she get her strength? Certainly not from me! Nicole was my own personal ‘HERO’ and I never passed up an opportunity to tell her this or to express the pride and admiration I felt for her. Almost everyone who knows us and is aware of Nicole’s diabetes has heard me say this at one time or another. I truly believed that this would boost her self-esteem, but I now realize, thanks to knowledge gained at the WFW conference, exactly how harmful this was.

In my effort to make Nicole feel good about herself, I’d accomplished exactly the opposite. I had inadvertently been holding her to a set of standards so high and unattainable that she wasn’t permitted to be anything less than perfect. My constant accolades made her afraid to make a mistake or to show any signs of vulnerability or weakness and caused her to internally berate herself if she did. I’m guessing she felt that any flaws she might display would let her father and I down and cause us to be disappointed in her. I get emotional whenever I think of the immense pressure Nicole must have been under to be in constant and complete control of her diabetes. It must have been exhausting! I now understand why she always seemed to dread having her A1c drawn during her visits with the Endocrinologist. And it surely didn’t help that if her reading was elevated, I would heave an audible sigh of disapproval accompanied by ‘the look’, and then utter some type of judgmental comment which sprouted from my lips as quickly and profusely as dandelions in a springtime lawn!

Sadly, freedom of expression regarding Nicole’s diabetes has been my modus operandi for the past 10 years. And I would probably still be doing this if she hadn’t called me one April evening to ask if I’d like to join her at the 2014 Weekend for Women Conference in Washington D.C. presented by the DiabetesSisters! Although I had no idea what to expect, I welcomed the chance to spend some mother-daughter time with my beautiful firstborn, so I happily accepted.

Little did I know how life altering AND lifesaving the conference would turn out to be for me and for Nicole! From the moment we arrived we were greeted warmly and were surrounded by so many strong, beautiful, knowledgeable, intelligent, dynamic and capable women who just ‘got it’…’got us’. They all shared the common bond of having to live their lives with that permanent, unwanted houseguest: diabetes. The amount of support, encouragement, motivation, information, networking, bonding, camaraderie and energy present that weekend was staggering!

The most emotional (and life changing) moment came when my beautiful Nicole admitted that she has been dealing with some serious, life threatening, diabetes-related personal issues over the past 2 years…struggles that she had been keeping completely to herself. Thanks to the overwhelmingly positive and supportive nature of the Weekend for Women Conference, Nicole was finally comfortable and confident enough to share with me and with the group, exactly what she had been going through since 2012! She was met with so much unconditional acceptance, understanding and peer support and was provided with an invaluable network of individuals as well as resources that she can utilize (and already has) to help her to deal with and recover from her struggle. As for me, after spending the past 10 years in a virtual holding pattern, I was, in an extremely emotional display, finally able to tell Nicole everything I’d wanted to say to her for so long!

We left the Weekend for Women Conference on Sunday feeling strong, courageous, empowered and confident about the future each in our own way. We are communicating now and are able to admit that we are not perfect, we’ve made mistakes, will surely make more, and that this is ok! We talk openly about feeling scared, guilty, overwhelmed and frustrated at times and have become closer than ever! We have each gained a wealth of information, made a myriad of invaluable contacts and gained ongoing support through groups, social media and wonderful new friendships.

Although she has lived in DC for the past 6 years, Nicole walked into the Conference not knowing anyone else in the area with diabetes, and by the time it was over she’d made a group of wonderful new local friends who share a common bond and understand each other. Even I, who had only known one other mother of a child living with diabetes, have made a wonderful, new, lifelong friend who I speak with every day!

Life altering! Life saving! Empowering! Amazing! The Weekend for Women Conference was all of these things and so much more! How do I thank this incredible group of women (and a few men too!) for giving back our hope, my daughter’s future and her life? DiabetesSisters are truly OUR sisters now, and what a beautiful family we are!

Submitted by Debbie Antoniadis. Her daughter, Nicole, has lived with diabetes for 10 years and resides in Washington, DC. Debbie resides in Bay Shore, NY.

Wonderful, heart felt blog, momma!! I can't imagine your walk, but I do know everyday I preach to my boys, they should not be eating that junk food, cookie, chips, etc. since their mom has it and they could very well have my genes. Diabetes is scary, but as we spoke about, it is our walk, our challenge and our reality. You are a wonderful, supportive mom and it's been great speaking with you on FB. I look forward to seeing you again at the next conference! 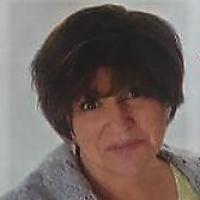