July 2018: Anna and Sarah share their Ins and Outs of the New Dexcom G6

July 2018: Anna and Sarah share their Ins and Outs of the New Dexcom G6

We recently had the opportunity to try the new G6 continuous glucose monitoring system before it became available. Here are our real-life experiences and thoughts: 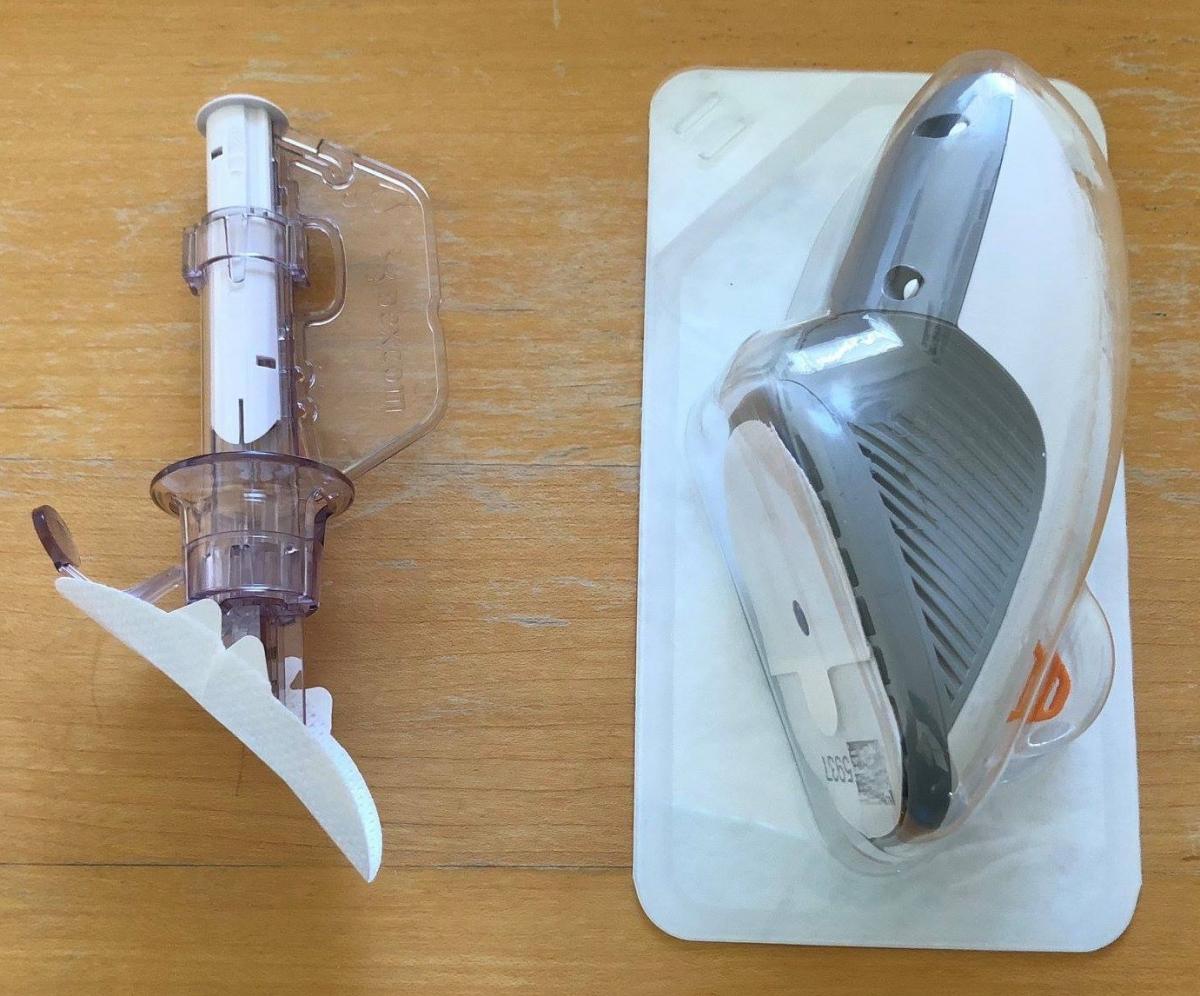 The new G6 system’s sensor looks very different from previous generations. Dexcom did away with the intimidating plunger inserter and replaced the sensor and inserter as one unit. From our experience, the inserter was easy to hold in one hand and pressing on the button to insert the sensor was a breeze.

Anna says: The insertion of the sensor was painless. I felt nothing at all, despite placing my sensors in unconventional sites such as my upper arms and thighs. I have not yet used a sensor in my abdomen, and doubt I will, as I have never had luck with my sensors there.

Sarah says: I did 3 sensor insertions, 2 on the lower arm and 1 on my thigh. I didn’t have the same puffy cloud of nothingness that I’ve heard a lot of others describe. Inserting the sensor hurt each time, even more than the G5. I also bled with every insertion, but the bleeding didn’t impede the sensor from working. I hope that Dexcom will start a recycling/return program for the inserters, as I feel bad getting a new one with each sensor. That’s a lot of plastic.

Sensor Calibration and No Problems with Acetaminophen 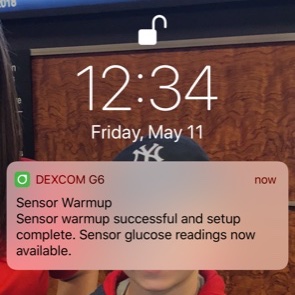 One of the biggest changes to the G6 is the lack of required calibration during its time in use. If in doubt of a blood sugar reading or trend, one can check BG and enter it into the application.

Anna says: I always waited until morning to replace a sensor, always dreading the two-hour startup to calibrate. My first sensor, however, I inserted at 10:30pm and went right to bed. I woke in the middle of the night, pleased to see that after a two-hour wait, the sensor began transmitting data, providing me valuable blood sugar trends and potential alarms through the night. During the ten-day wear of the sensor, no calibration is required, which is very convenient. As a matter of fact, unless I am feeling “off”, I haven’t checked my blood sugar as often as I used to. I was also able to take acetaminophen for my injured shoulder without worrying about the sensor going offline or having to return to BG checks with a meter, which was a relief on multiple levels.

Sarah says: I had the same experience with inserting the first sensor pretty close to bedtime and waking up to see some data that it started transmitting after I went to sleep. That first night it had a gap of about 3 hours in the middle of the night without any data. It started up again without any interaction from me and lasted the rest of the 10-day sensor lifespan. I still checked my BG twice a day during the 10 days, as I use a DIY closed-loop system and needed to keep the G5 running to keep Looping. Overall the numbers between the G5, G6, and my BG meter (Contour Next) were quite close. 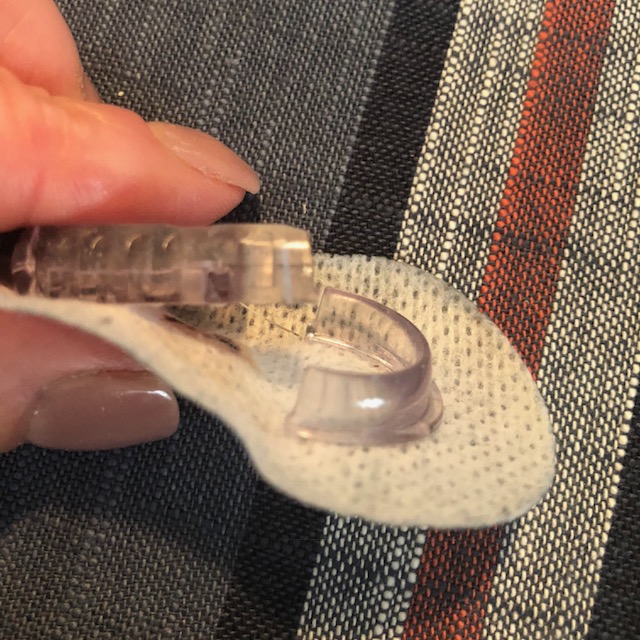 Another welcome characteristic of G6 is the ten-day sensor wear, as opposed to a seven-day from previous generations. One downside is that sensors are programmed to do a hard stop and not be restarted.

Anna says: In my curiosity, I experimented with restarting a sensor with no luck. I also tried to remove the transmitter from the sensor but found the sensors are designed to snap in half when removing the transmitter. I am sure others have been more successful in restarting sensors, and I’m interested in seeing how this is done.

Sarah says: After trying to restart my first sensor from the app after the first ten days and getting the error message that it can’t be restarted after about 30 minutes, I also attempted to remove the transmitter from the sensor to see if I could restart it that way. I quickly realized how intricate the design of both transmitter and sensor are. The sensor actually seems to grip the transmitter with little grooves that look like they interlock until the entire thing is removed, the sensor is broken in half, and the transmitter is released. (Screens appear in the app when the 10 days are up, to show how removal is supposed to work.) I have seen quite a few posts and comments online about successfully restarting the sensor without removing the transmitter, but haven’t taken the time to try again. I’m also very interested in seeing how it could be done. 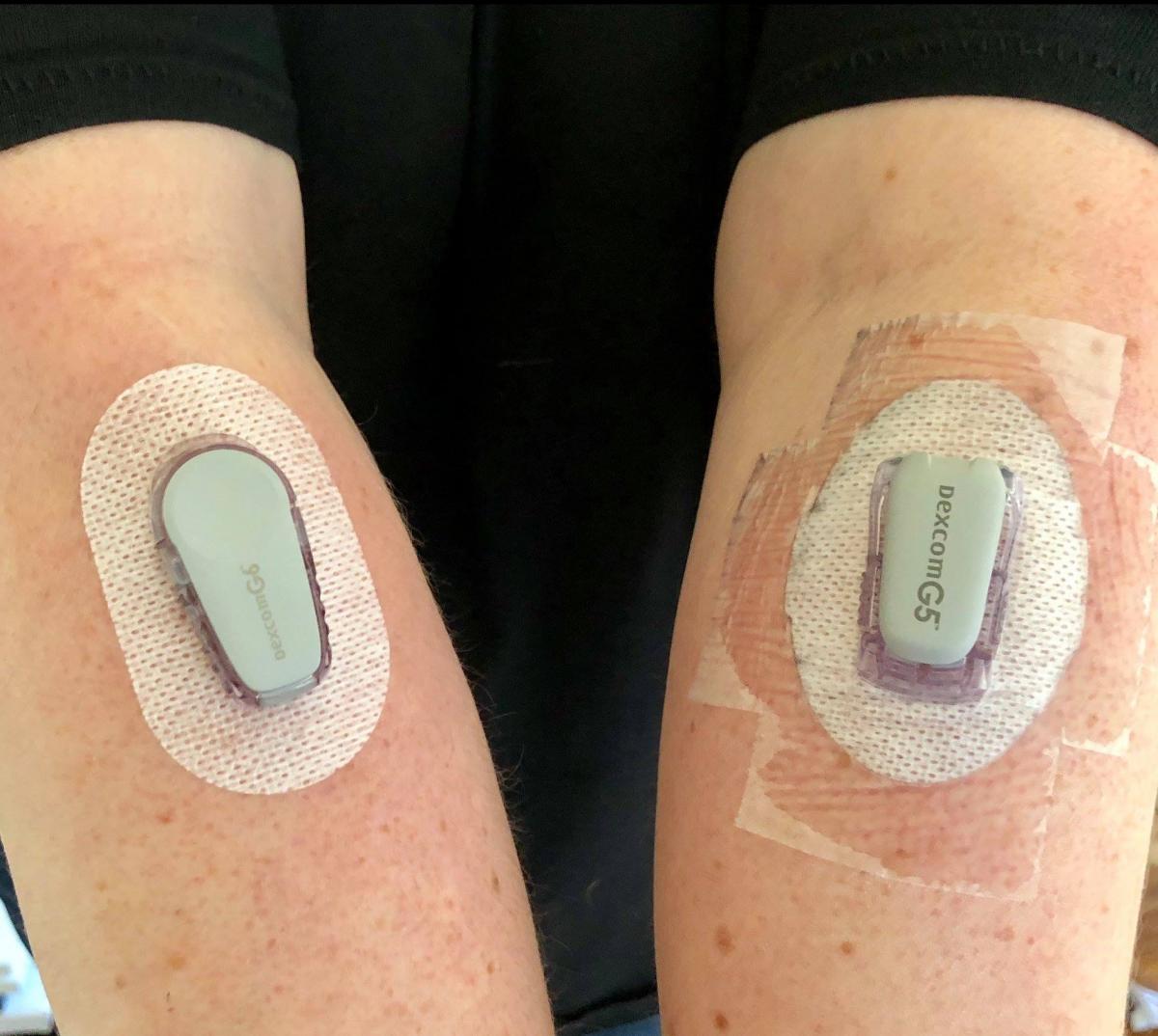 The new sensor is a bit smaller than the previous generation but not significantly smaller. The adhesive is similar to G5. The G6 sensor and transmitter are slightly flatter and curvier than previous versions. The transmitter battery lasts 3 months, with an indication of start date in the mobile phone’s application.

Anna says: I didn’t notice a difference in the adhesive and was pleasantly surprised to see it holding up well after the 7th day of wear, which had sometimes been a challenge for me with G5 and previous generations. I have been using additional tape or a pump peel on day 8 or 9, just for my own security that the sensor won’t fall off before its time.

Sarah says: The sensor adhesive held very well for the entire 10 days – didn’t even start to curl up around the edges. It may have worked a little better than the G5 although I can’t say why – perhaps it was just a better location. I didn’t notice a difference in size or shape other than when I inserted the first sensor. A doorjamb still ripped off my 2nd G6 sensor exactly the way doorjambs have previously ripped off G5s and G4s, so the different shape/size wasn’t a big help to me there. 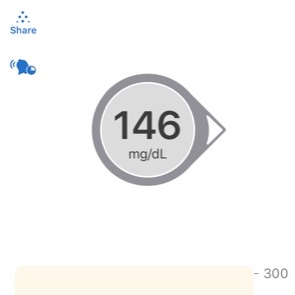 G6 can be used with a receiver that is included in the system. Anna did not use the receiver, but Sarah did for the first 10 days. We both used the mobile app.

Anna says: I have mixed feelings about the mobile app. While it reveals great information on trends, provides different alarm sounds, and offers the ability to enter events such as carbs consumed, exercise, etc., I found the calibration action to be well-hidden in the settings function. I realize one of the great features of G6 is no calibration, but I would prefer a more obvious place for manually entering blood sugars.

Sarah says: The receiver was fine, a bit too big for my taste, but did the job. The pathways to get to the same information on the receiver and the mobile app were different, so it took extra time to remember how to get to a certain spot (ex: calibration) depending on whether I was looking at the receiver or the mobile app. On the mobile app, I wonder why the colors for BG ranges on the graph are so muted. I prefer colors that are a little brighter. Admittedly the red/green/yellow in the G5 app can feel a little judgy to me, but the new very-muted G6 graph colors are at the other end of the pendulum and even a little hard to see. 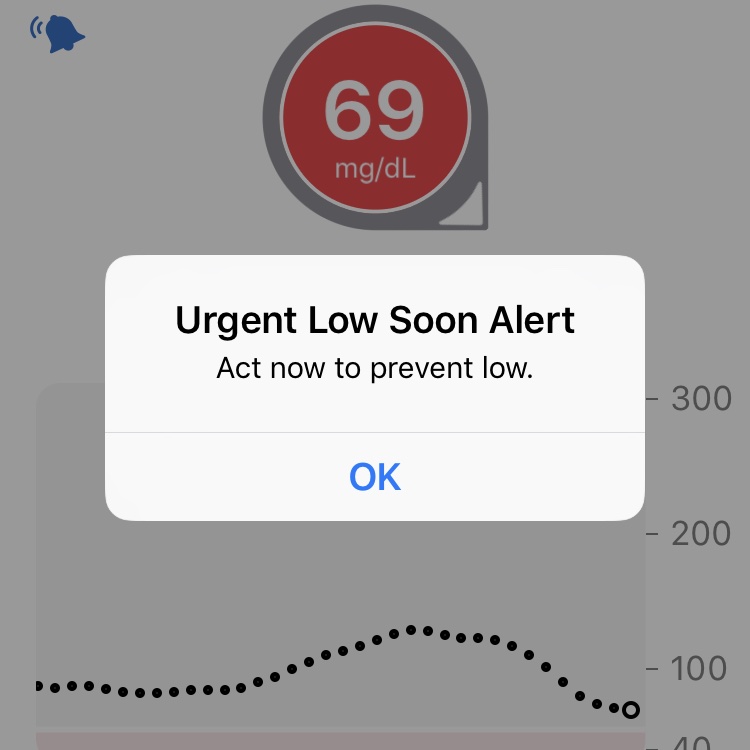 The G6 has a new “Urgent low soon” alert that can be set (on the mobile app and/or receiver) to warn that blood sugar is dropping 20 minutes in advance of a 55 mg/dL.

Anna says: "I am in awe of the predictive low feature on the G6. It provides a window of time where a low might become a troublesome situation, allowing me to react appropriately. "

Sarah says: I’m all about predictive functions that work well, and this one seemed to. I got a couple of the predictive low alerts and watched as my Loop system turned them around. If I weren’t Looping, these alerts would be a game-changer for me as I have hypoglycemic unawareness.

As you can see, there were things we really liked about the new G6 system and things we weren’t so fond of. We hope our insights have been useful to you on your CGM journey. We wish to thank Dexcom for giving us both the opportunity to give the G6 a test run.  You can find out more about the G6 on the Dexcom website: http://www.dexcom.com/g6-cgm-system

Disclosure: Dexcom is a 2018 National Strategic Partner of DiabetesSisters.