I was a diabetes advocate long before I ever self-identified as one.

When I was in high school, shortly after being diagnosed, I created a team for the JDRF walk in Massachusetts at Six Flags New England. I’d be lying if I didn’t say that main reason I wanted to go was to spend the day with my friends at an amusement park. Raising money for a disease I had was simply an added bonus!

However, while fundraising, and spreading the word throughout my community about my team’s efforts, I did, in fact, have to advocate about Type 1 diabetes as I spread awareness in hopes of securing donations. It was my first glimpse into the world of being a diabetes advocate, but it would still be another four or five years before I really began to involve myself within the diabetes community.

After that initial JDRF walk, I never showed interest in forming other teams, or raising money for T1D. I didn’t even want to acknowledge to myself that I had diabetes, never mind anyone else! For many reasons, one being my blatant insulin omission/diabulima, talking about diabetes just didn’t seem important, and all I truly wanted was to just fit in with my peers and be NORMAL. It never occurred to me that speaking up about diabetes and my personal experiences was important, not just for myself, but for the countless others who are out there also living with Type 1 diabetes.

It was my involvement with the DiabetesSisters that first gave me the opportunity to feel like I was part of  the diabetes community. When I began to volunteer as a PODS leader in 2013, I wasn’t quite ready to speak out about my experience with diabulimia and recovery (yet), but I was really interested in sharing about the benefits of peer support. I had been creating opportunities for women with diabetes to gather locally through the PODS Meetup program and was using social media, as well as word of mouth, to advocate and help spread the word.

In a matter of a few short years, I went from posting frequently on my personal Instagram and Facebook pages, to launching my own T1D-focused blog, What Sarah Said, which has been a project that has slowly evolved over the years into something I’m really proud of. I enjoy creating posts the help give my followers a glimpse into what my day-to-day is like living with Type 1 diabetes and complications like gastroparesis and neuropathy. This creative outlet has allowed me to further shape my identity within the diabetes community and has truly given me a boost to network and connect with so many others who are out there striving to live their very best lives with T1D.

I’ve taken further action these past few years to become more involved with organizations like the American Diabetes Association and JDRF. I enjoy helping out at walks or events to gather signatures, and, due to my involvement with the ADA Massachusetts Advocacy Committee, I even had the opportunity to speak at the Massachusetts State House on World Diabetes Day last year. This allowed me a unique opportunity to meet with my local politician, Senator Patrick O’Connor, who took the time to listen to what I had to say about why him and his team should give consideration to the legislature relating to important diabetes issues.

It’s been about five years since I have seen myself as someone who advocates for those living with diabetes, and at this point, I couldn’t imagine another way of life. Instead of hiding my diabetes, I speak about my experiences and involvement all the time! I DARE you to find a way to make me talk less about it. (Fun fact: You can’t. I’ve already tried!)

Advocating looks like many things for many different people. It’s all about finding your own level of comfort. Maybe it’s sharing more about your management and routine with friends and family? Or perhaps starting a blog or launching a podcast? There are so many ways to become more involved as an advocate and it simply starts with taking that first step. You can do it! 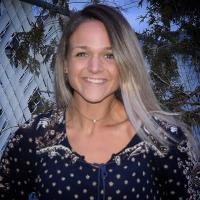