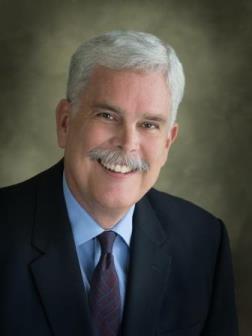 Type 2 diabetes (T2) and high blood pressure are the leading causes of kidney failure worldwide. Congestive Heart Failure (CHF) is also often seen as a concurrent problem with kidney disease. It has been nearly 20 years since the options of ACEi (Angiotensin Converting Enzyme-inhibitors) or ARB (Angiotensin Receptor Blockers) became available for kidney protection. For these reasons, the recent publication of a pivotal landmark study called the CREDENCE trial for people with underlying kidney disease and diabetes is very exciting.

There are two important urinary and blood results that people with diabetes should discuss with their health care providers (HCPs). The estimated glomerular filtration rate (eGFR) obtained from a blood sample reflects the function of kidneys without disease reading above 90 mL/min/1.73 m². The measurement for albumin (protein) in the urine should be less than 30 mg/g (spot urine microalbuminuria/creatinine ratio). With these two measurements, an HCP can determine the presence and extent of kidney disease.

We now have a new class of oral diabetes medications since 2013, when the first of the four SGLT-2i (Sodium Glucose Linked Transporters inhibitors) agents appeared on the US scene. The CREDENCE trial used the first of these (INVOKANA - Canagliflozin) to complete the study against a placebo group. Most recently, the US Food and Drug Administration approved the use of canagliflozin to reduce the risk of end-stage kidney disease (ESKD), and to protect the kidneys in patients with diabetes and a certain amount of protein in their urine (nephropathy). The other three agents are currently doing their renal studies, and time will tell if this will be a class effect.

Canagliflozin 100 mg daily was used in patients with diabetes and albuminuria greater than 300 to 5000 mg/g, with an eGFR of between 30-89 mL/min. These 4401 participants had been on either an ACEi or ARB for at least four weeks before entering the CREDENCE trial.

In trials, we look at primary and secondary outcomes. The results of the study showed positive outcomes regarding a combination of end-stage renal disease (dialysis, transplantation, or a sustained GFR 15 mL/m), doubling of the creatinine level, or death from renal or cardiovascular causes.

DRUM ROLL PLEASE! In these patients with T2 and kidney disease, the risk of kidney failure and cardiovascular events was lower (32-34%) for the renal group, 20% for CV death, 39% for CHF hospitalization. These drugs bring other benefits such as weight loss, lower risk of low blood sugar, a diuretic effect that lowers blood pressure, and reduction of uric acid resulting in lower gout rates.

The use of SGLT-2i medications is based on a few issues. Patients with histories of many genital fungal infections, ulcers, and/or prior amputations in the lower extremities will want to avoid the use of SGLT-2i meds. Blood pressure medication may need to be adjusted to avoid low blood pressure, and a sulfonylurea agent may need to be stopped if it is causing low blood glucose. The SGLT-2i must be stopped if eGFR drops to less than 30 mL/min.

It should also be noted that over time, people with T2 may develop insulin deficiency. This is the natural progression of type 2 diabetes, and it may result in the development of SGLT-2i associated diabetes ketoacidosis (DKA). This is rare but exists in patients with T2 who are taking insulin.

Of course, cost is an important consideration. Any new class agent is expensive, but hospitalization for chronic kidney disease, dialysis, or renal transplant is more expensive. Providers can discuss helping their patients by providing letters outlining the cost-benefit analysis for patients to insurers in order to get coverage. In decades to come, this class of drugs will be available generically, and their use will be widespread.

Dr. Lavernia has been a practicing diabetologist in South Florida for more than 35 years. He was the founder and director of the North Broward Diabetes Center in Florida. He is an adjunct faculty member of the National Diabetes Education Initiative (NDEI), Vascular Biology Working Group (VBWG), and for the Coalition for the Advancement of Cardiovascular Health (COACH). He is also a member of the American Diabetes Association, American Association of Clinical Endocrinology, European Association for the Study of Diabetes, and the National Hispanic Medical Association. He is a member of the DiabetesSisters Board of Directors.