Home / Between the Lines - Anna F 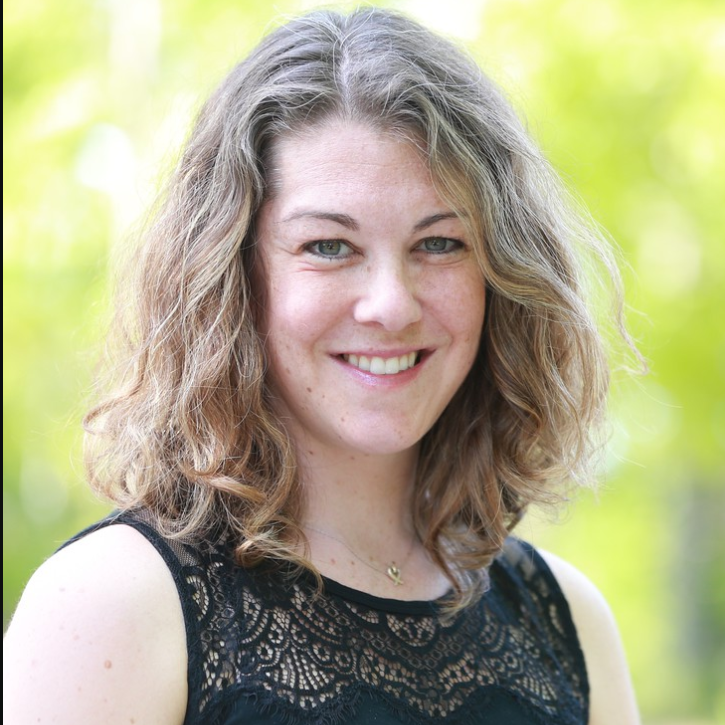 As a child I spent a lot of time with my maternal grandmother, as she lived just a few miles away. One of the many things I remember so fondly is the sound of her voice. ”Pay attention,” she’d often say as we took walks in her apartment complex along the sidewalk. I would step up and down off and on, and up and down. “It’s a like a balance beam,” I would reply.

Just a few years later I was diagnosed with type 1 diabetes at the age of six. Little did I know diabetes management is also like a balance beam. Balancing blood sugars and attempting to make every effort possible to juggle the timing of every single daily decision I make has such a profound impact on my diabetes. Day in and day out, I balance decisions around either walking versus taking the bus to the train station, or eating what I planned as opposed to taking a few extra bites of breakfast.

As a female especially, type 1 diabetes is relentless, unforgiving, and unpredictable. It has traveled with me through puberty, applying and attending college, going to graduate school half-way across the country, 2 pregnancies, and the birth my daughter. Holy hormones.

That being said, the most challenging attempt to “stay between the lines,” and by that I mean using every brain cell I have to try to replace the thought process of a working pancreas, was the transition out of college into the working world. Without continuous glucose monitoring in 2005, it was me and my every day decisions to try and decipher how I was going to keep my blood sugars below 180 and above 80 as much of the time as possible. Maybe I had a little help from my insulin pump and from just growing up.

You see, up until this point in my life, I didn’t really care about type 1 diabetes. Okay, maybe that’s sort of a little lie, but c’mon. In college, what to wear to the nearest house party, and purchasing the newest college swag item was clearly more important that stopping to prick a finger 2 hours after I ate, let alone giving insulin prior to any meal. The last week of school at Syracuse University, like most schools I’m sure, is nuts. Parties galore, lack of sleep, pizza and every other “hard to bolus for foods” were the norm.

“As a female especially, type 1 diabetes is relentless,
unforgiving, and unpredictable.”

Although most nights during this week I didn’t think twice about going out, one night I decided to stay home. Something clicked. I had a summer gig lined up, the majority of my 4-year stint at college was coming to a close, and yet, my diabetes chapter was still going strong. My meter had read “HI” the last three nights; I felt gross. I had that heavy chest, dry mouth, OMG put me in bed with giant water bottle right now kind of high. I realized I couldn’t do “this” life with diabetes, not every night anyway. It was time to start paying more attention. A1Cs were still the most talked about “number” at appointments then. Holding steady in the 8s, I wanted to change that. But it took four years to do it, and to understand that lowering that number and all the numbers that represented that was important to my overall health both short- and duh, long-term.

After my “super awesome van-driving just graduated college cool summer day camp director job” had ended, I moved back home. No sweet house porch hangouts, no bars to walk to, and no full time job lined up yet. I needed this.

One would think this lack of routine with no income and pending college loan repayments would prevent me from feeling driven, but just the opposite. I created my new routine. I had time to think, to form my own routine. My parents got up, they went to work. I got up to, and applied to jobs, worked out, napped, ate home-cooked meals, and thought some more. I thought mostly about doing things like pricking my finger before I ate, before I worked out, and before I gave insulin. All of these little life changes made a difference. I’m sure I could have performed those tasks in college, I had great support from friends (those with diabetes and without), but I needed to go through that transition myself, and find the right routine, and learn to balance what made sense at the time. In the back of my head those last few weeks of school, diabetes was there all the time, don’t get me wrong, but the forced focus on me and my health came post-graduation.

Not only was I less reactive in situations, I took more responsibility because I had goals. In college the goal was simple: graduate. Check. Now what? I wanted to drop some pizza pounds and land a fun first job. And I wanted to feel good, which in time also came with the lowered A1C. Maybe I had too many little goals in between.

But, all that hard proactive work paid off. I remember getting a phone call on my flip phone from my endocrinologist. My A1C had dropped from an 8.9 to a 7.3 in three months! For the first time I felt like I had done it. It wasn’t my mom and my doctor adjusting rates and ratios, it was me and my motivation trying to do all that work. It took, and still does, so much effort all day every day, with data overload, decision after decision, the constant coulda shoulda woulda. But the more time that goes by, the more I learn from patterns, and take mental notes of what works and what doesn’t. It trains you to keep going, keep chugging along, and adjusting the “lines” when you need to. As much as today’s technology has allowed managing type 1 diabetes to become less burdensome, the power of the mind still controls the power of the body, and it will for a long while.

Anna F is the current Program Director for the College Diabetes Network. Before that, Anna served for over 5 years as the Associate Director for Patient Engagement at the T1D Exchange. There she focused on maintaining connectivity between clinics and patient-centered research opportunities for people affected by type 1 diabetes. She has served on multiple national and international committees for non-profit organizations and spoken world-wide. Anna has been living with type 1 diabetes for nearly 30 years, spent the majority of her childhood and young adult summers with the Barton Center for Diabetes Education, and continues to serve on the local board of AADE, as well as the JDRF psychosocial speakers bureau. She also serves on the local AADE board serving as the social media advisor for the state of Massachusetts. She resides in the Boston area with her family.